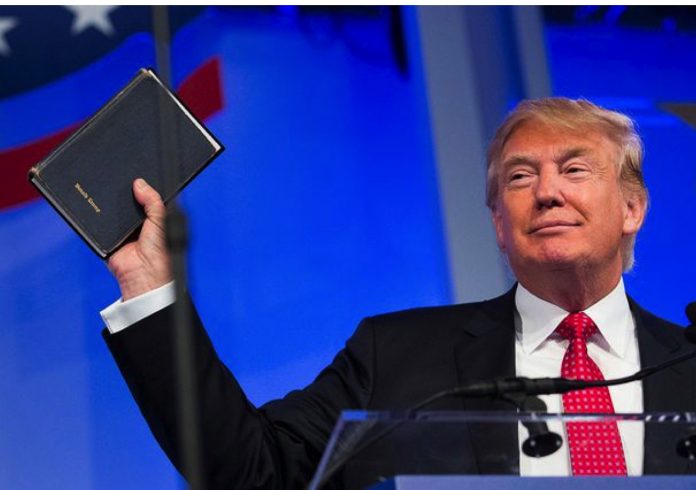 The Trump Administration has announced plans to redefine “sex” so that transgender people are excluded from federal discrimination protection.

First reported by the New York Times, the move is being described as the administration’s “most drastic move yet in a government-wide effort to roll back recognition and protections of transgender people under federal civil rights law.”

The proposed redefinition, which was announced accidentally in a leaked memo revealed the Department of Health and Human Services (HHS) plans to release regulations to legally define the term sex under the Title IX law to only recognise male or female as determined by the genitals that a person was born with.

Baring federal discrimination on the basis of sex, Title IX has often been relied upon as a definition that LGBTI activists, and increasingly the courts, have said includes diverse gender identities and even sexual orientation.

According to the New York Times, the Trump Administration would effectively eradicate federal recognition of an estimated 1.4 million transgender or gender non-binary Americans.

Speaking on the matter, Human Rights Campaign (HRC) President, Chad Griffin explained that the government was about to set “a destructive precedent” that would “erase LGBTI people from federal civil rights protections and eviscerate enforcement of non-discrimination laws.”

Griffin also warned that the HHS’s move would also encourage other federal agencies to follow suit in their restrictive and narrow definition of one’s sex.