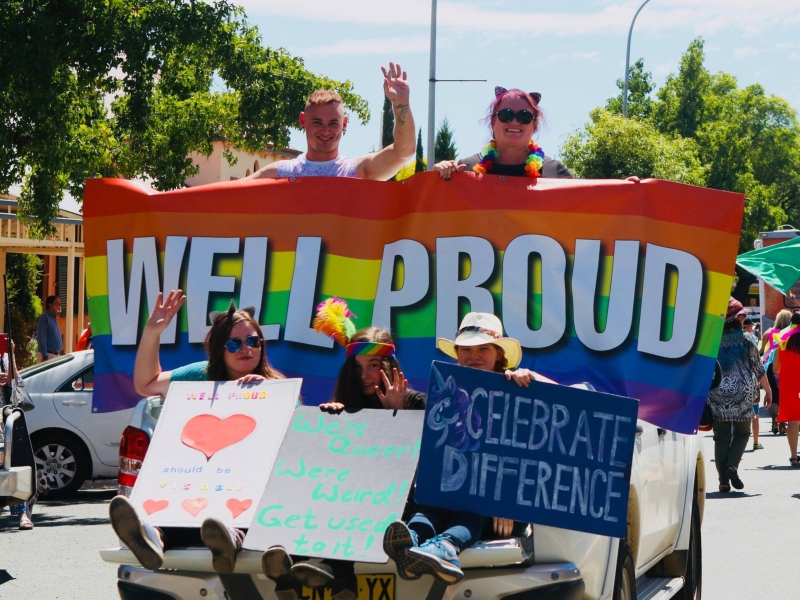 Rainbow on the Plains Festival

THE PARADE – everyone is talking about!
​
Proudly raising funds for community projects.​

Rainbow on the Plains is a festival of fun, support, inclusion and celebration of our local and visiting lesbian, gay, bi, trans and intersex communities, their friends and families. We celebrate with a street parade and party, alongside various community events.​

In March 2018 Hay hosted the inaugural ‘Rainbow on the Plains Festival’.​

Originally envisaged as a simple idea for a group of friends to gather and watch the 40th anniversary Sydney parade, the concept was quickly embraced by supporters across the globe.​

In a few short months a three day festival was organised.

The event is finished.