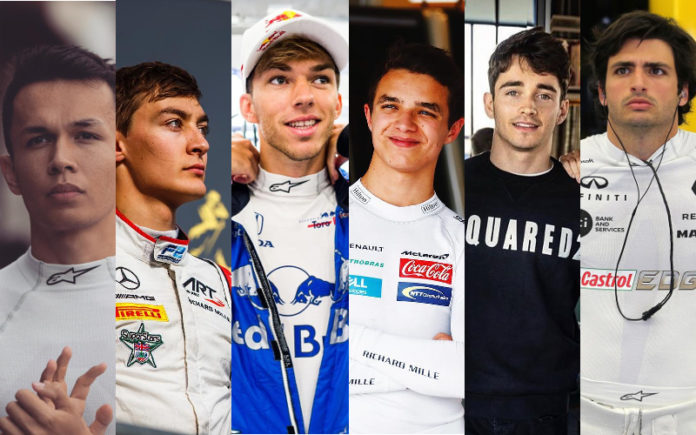 The Formula One season kicks off at Melbournes Albert Park track this weekend and it will see the youngest set of drivers since 1950.

They are an amazing bunch of guys in Formula One terms, whether rookies or in the game for a few years they will also be names you will remember for years to come.

Gay Nation has set out to find the hottest of these young drivers and list them below for you.

Only the second driver ever to race under a Thai licence, the 22-year-old will race for Red Bull’s second team Toro Rosso in this year’s championship. Alexander showed some great speed in qualifying and will no doubt have some great results this year.

My new work clothes ???? So much to learn before I step in the car. Great to spend a couple days with the whole team and get a taster for what’s to come!

Charles Leclerc was already showing his stunning ability when he raced for Sauber last year in F1 but in the offseason, he has transferred to the more sexy and powerful Ferrari and he is already matching it with the best racers in the game. At 21, he is the youngest driver to ever race for Ferrari and not only does he have the good looks to bring the French people along with him but behind Leclerc’s boyish smile hides a towering talent paired with ruthless ambition.

Tomorrow is finally the day for me to get back to the thing I love doing, driving ! ????: @mcampelli

One of the stars of the recently released Formula 1 doco on Netflix, Sainz is the Spanish star now that Fernando Alonso has left the competition and he has moved teams to take over Alonso’s spot at McLaren as the senior driver. Has those incredibly handsome Spanish looks and the world at his feet but the young driver is going to find it hard this year to step up.

Having to step into the seat at Red Bull that has been held by Daniel Ricciardo for the last few years must be tough, but 23-year-old Pierre Gasly just smiles and looks forward to the challenge. Some suggest he is the most millennial of the young drivers, takes lots of risks but is the most likely to fail. Time will tell but he is already gaining a great following and plenty of air time.

Probably the most likely of the new badge to make it, has won pretty much everything in the preceding grades of racing and has the fire in the belly but can Lando Norris take the mantle from Lewis Hamilton as the UK number one driver. The youngest F1 driver at 19, driving for Mclaren, after the first qualifying in Melbourne the world now knows the Lando driving ability, something the racing watchers have known for many years.

Getting at it tomorrow ????

Another UK hopeful and certainly right up there with talent and looks but unfortunately has landed in the Williams camp at a time when they are trying to resurrect their team after some dismal years. The 21-year-old Russell is well-placed at Williams. The team has, naturally, always made British drivers feel right at home, and in Robert Kubica, he has an ideal mentor to ease his way into Grand Prix racing.