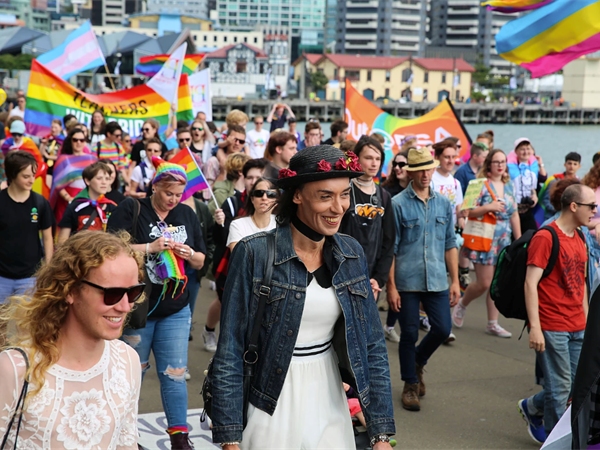 Organisers of Wellington Pride have confirmed that Out in the Park, Pride Hīkoi and the International Pride Parade will not proceed this weekend in the wake of terrorist attacks that occurred across Christchurch on Friday afternoon.

Prime Minister Jacinda Ardern has called the incident New Zealand’s darkest day as the city and the country comes to grips with the attack on two mosques in the central part of Christchurch.

The decision to cancel Out in the Park and the Pride Hīkoi was made after consultation with New Zealand Police earlier in the evening.

In a statement on Facebook, it was announced the parade has also been cancelled following a late night meeting of the board.

“With our hearts heavy, the Board of the Wellington International Pride Parade has decided to postpone our celebration of inclusion, diversity and humanity – a new date will be announced in due course,” the statement read.

“If we were to proceed, we would divert crucial emergency services away from their duty. While we want to march in solidarity, to resist these acts of hate and intolerance and to tell terrorists they have no power in our country, we believe it is more important to honour the lives of those who were taken today.

“We stand with all New Zealanders who are appalled by the attack on our liberty and we will be back; taller, stronger and with resolve.