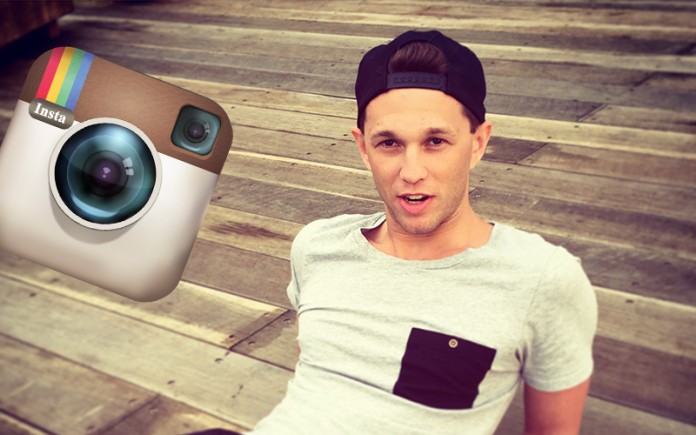 Back in June, Eikon embarked on a social experiment to find out if we could make one of our readers Instagram-famous by reaching 10,000 followers in six months. And we did it…..in four.

The secret test began innocently one cold June night by starting an Instagram account from scratch for David Francis, with only a few people in on the project, we kicked off with a standard face picture taken that night. A few hashtags and we were off. 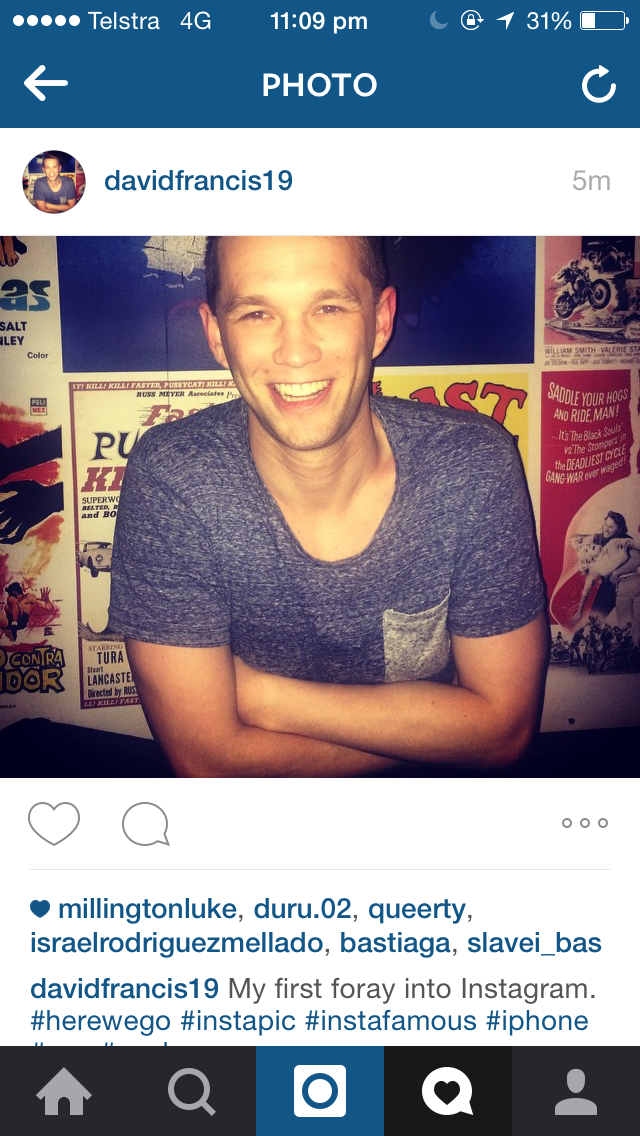 So let’s be clear, the project was to start an Instagram account from scratch with the aim of achieving 10,000 followers by Christmas on the proviso that we weren’t allowed to buy followers or do anything illegal (In Instagram terms).

I would use experience gained from helping others and chatting to friends who already have already achieved Insta-famous status, but, in essence, it would be trial and error of different methods and techniques as well as tapping into human nature.

Our goals were to reach 100 followers in a month, 1000 in three months, hitting the magic 10k number in the last 3 months, taking advantage of the Instagram algorithm and natural popularity growth to grow the follower base as quickly as possible.

The algorithm works similar to Facebook where it uses hashtag searches to suggest popular accounts when you follow others.

The first few days were slow, posting every night between 7 pm -9 pm Australian East Coast time to build up a bank of photos on the profile.

By the end of the first week, we hit 50 followers, half way to our first-month goal. Good signs so far.

From then it just snowballed! We hit every goal weeks ahead of schedule and by the end of the first month we hit 500 followers.

We reached another milestone in week six where we had our first photo reach 1,000 likes. From that moment on, pictures would regularly achieve that mark.

And if you take a look at David’s pictures, they have improved over time, starting from basic selfies around the house and quick shots to more professional, set up shots to encourage more likes. 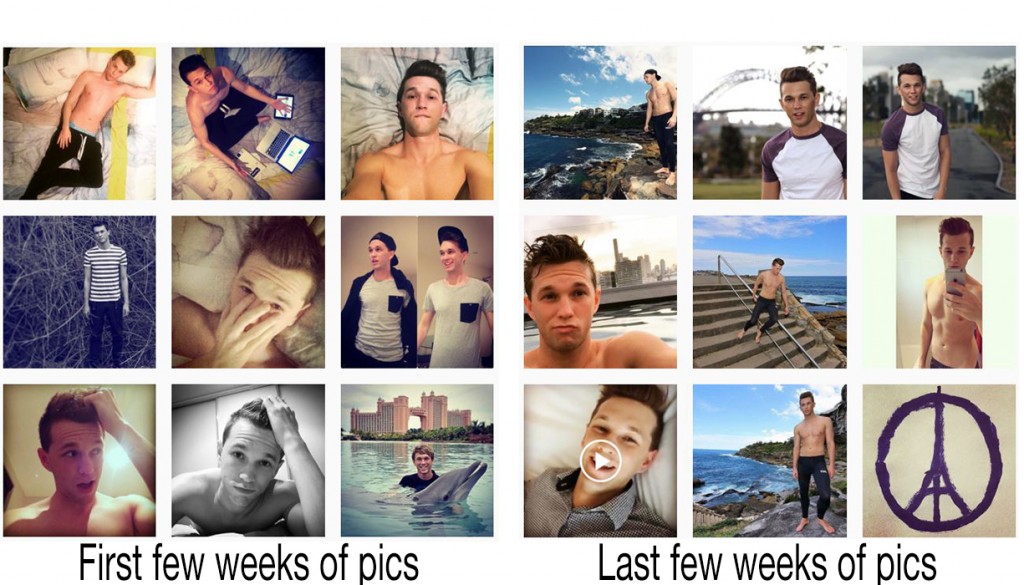 Our goal was to hit the gay market head on, but we were surprised how powerful some pics have been. Early on David was reluctant about any shots with his top off, by the end, friends have been joking around when he actually posts a picture with clothes on!

Despite this, his most popular post to date is a natural shot of him lying down on a deck – with clothes on. Nevermind the next six favourites all being topless.

By month 4, the algorithm was well and truly into swing when we cracked 7,500 followers, 2.5k from target with two months left to go. But the next three weeks went crazy!

David went travelling, which allowed him to take some amazing shots outside of Australia to boost his likes, but the power of his followers had already taken hold and was increasing exponentially.

So much so that after 18 weeks, 4 months and a week into the project we hit the magical Insta-famous 10k mark at 6 pm on a Monday night in October.

So how did we do it? We will put together a more detailed article to answer this very question, but, in essence, it came down to five main things.

1. Human Nature – In real life, if you show someone some love and support, they will more than likely show it back in return. The same goes for Instagram, if you like and follow someone, they will react as we do in real life.

2. Don’t be complacent – Don’t expect that if you just follow a few people, like a few posts or include a couple of hashtags that it will just happen. It takes a lot of time and effort and you need to be methodical in who you like and when you do it.

3. Post quality pics – The better quality, the more likely you are to get more likes and, therefore, followers

4. Timely Posting – Post when you would normally be online as others are most likely on too.

5. Be Positive – There’s too much negativity in the world these days. Make your posts positive and your interactions respectful.

But most of all have fun with Instagram! It’s a great way to connect with others, make new friends, embrace new opportunities and share your stories.

Eikon would like to thank David for being involved in the project and the fact he took on helping with the concept and has now firmly achieved InstaFamous status.

Currently, David’s Insta-famous account sits at 16,000 followers with a week to go before the original timeline concludes.