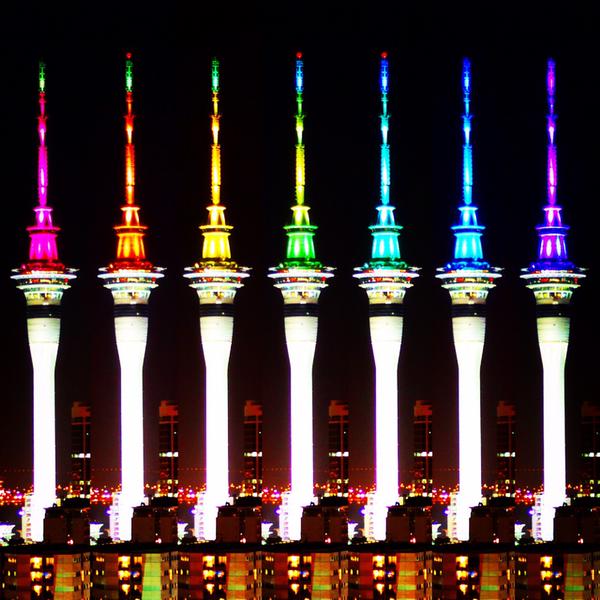 The Auckland Pride Parade was marred by an ugly scene last night when a protestor was arrested by police.

According to Beth Bates from Auckland Police the arrested person, who will not be charged, isn’t believed to be part of the “No Pride In Prisons” group.

This arrest was on top of an incident where three protesters broke through barriers in front of a large contingent of officers who were taking part in the parade in Ponsonby.

They held up a banner that read, ‘No Pride in Prisons’.

“Police are investigating alleged injuries to a protestor at the parade and will review footage taken of the incident as part of the enquiry,” said Bates.

The protest was poorly received by the crowd, which responded with calls of “you’re ruining the parade!”.

The arrest and protests took the gloss of a wonderful night of pride in Auckland. Crowd numbers were well down due to so many other events in town but organisers said they were happy with how the event was conducted.

The parade is the pinnacle of the Auckland Pride Festival and this was the first year police staff were given permission to march in uniform.

This year’s parade theme was Gods & Monsters and featured 58 floats led by the Dykes on Bikes.

The parade began at Western Park and travelled the length of Ponsonby Rd, finishing at Three Lamps.

The Dykes on Bikes contingent were led by veteran parade attendee and Pride Festival board member Julie Swift on her Honda CBR 600.

Swift said she was a member during the parade’s Hero iteration 10 years ago and founded the Dykes on Bikes in Auckland’s Pride Parade.

Labour MPs Grant Robertson and Jacinda Ardern described the Labour float as “more of a tricycle than a float” but said it would led by Marriage Amendment Bill champion Louisa Wall.

The parade was completed with the Air New Zealand float with hundreds of staff matching behind. Other notable corporations in the march included Westpac and ANZ.