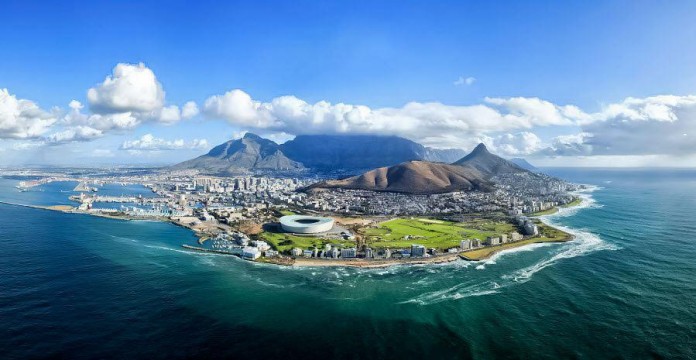 Arrangements for the Mr Gay World Competition have been thrown a curve ball only a month from the event after the City of Cape Town has withdrawn its support from hosting the finale.

The week long event is to be held in Knysna, a small city 500km to the East of Cape Town. But the big ticket events including the Mr Gay World announcement was to be held in Cape Town on the final weekend. This will now be moved back to Knysna.

The City’s lack of support seems to be at odds with their original stance during Cape Town bidding for Mr Gay World. In the bid video Councillor Garreth Bloor, Mayoral Committee Member featured and appeared to indicate the city’s support for the event then.

In an earlier sign of apparent disinterest in the event, representatives from Cape Town Tourism confirmed their attendance at a Mr Gay World media conference on Thursday 5 March but failed to arrive, without advising the organisers.

Eikon has approached the City of Cape Town for a comment but at time of publishing the response was not forthcoming.

Coenie Kukkuk Managing Director of Mr Gay World 2015 noted that past host cities’ officials and tourism authorities have always supported the event and have met with Mr Gay World representatives during their visit.

“Support from the local host city government and tourism authorities is crucial for an international event like Mr Gay World. In fact, it is a requirement,” he explained.

In most cases, like in Manila and Oslo, officials have handed the keys of the city to the President of Mr Gay World.

“Knysna’s authorities have shown their support to the producers and the event.

“Knysna’s Executive Mayor is hosting a special welcoming function for the delegates on the evening of 29 April and we look forward to an outstanding Grand Finale of Mr Gay World 2015 in Knysna.

“The delegates will also march in the annual Pink Loerie parade on Saturday 2 May at 3 pm.”

Kukkuk went on to comment that Cape Town has lost an opportunity to boost its reputation as a welcoming and gay-friendly tourism destination.

“There are visitors and delegates arriving from more than 30 countries.

“That in itself shows the reach of the event and each will not only be spending at local businesses, but could become goodwill ambassadors.

“That cannot be put into monetary terms, word of mouth is still the best tool to market a destination.”

Now in its seventh year, Mr Gay World is the culmination of an annual worldwide search for a diplomat to represent the global gay community. South Africa is the first country to host the event twice, after the successful Johannesburg 2012 outing.

Mr Gay New Zealand Matt Fistonich said the decision to not hold the finale in Cape Town will not have an effect on the entire experience in South Africa.

“I think it’s disappointing they have decided not to support the Mr Gay World competition this year,” Fistonich said.

“A number of planned events will still go ahead in Cape Town, such as a visit to Parliament and the after party so we will still get the Cape Town experience.”
For all the details on Mr Gay World during the event and our very own Mr Gay New Zealand visit the dedicated webpage www.mrgaynewzealand.com