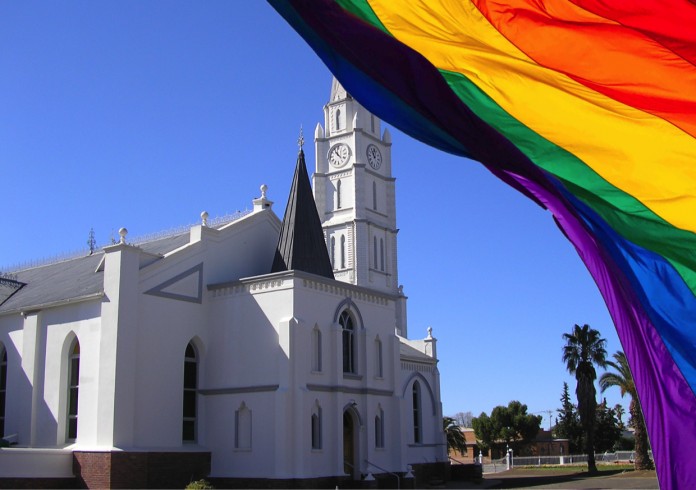 The Dutch Reformed Church of South Africa has become the first church in Africa to recognise same-sex unions.

The term ‘marriage’ will still be exclusively used for heterosexual unions in the church, however, 64% voted in favour of the acknowledgment of same-sex unions (civil unions).

Despite the successful vote, same-sex unions and gay ministers may still be banned in certain provinces, as each regional church group in South Africa can enact its own policy.

Speaking to South African news station eNCA, Dutch Reform Church moderator Nelis Janse van Rensburg said the Church councils and congregations were like families and they will eventually decide how they will go about it.

The Church which claims to have more than 1.1 million members has been known for its conservatism in the past. It was ousted from the World Alliance of Reformed Churches for its support of racial segregation (apartheid) in South Africa as recently as 1982.

It is hoped that this recent decision will send the Church in a new direction and will encourage other denominations to follow suit in evolving their policies to encourage a more progressive and inclusive society.

South Africa became one of the first countries in the world to outlaw discrimination based on sexual orientation, with the acceptance of the new constitution which was approved in 1996. South Africa legalised same-sex marriage in 1998.

Equality: Where do we go from here?