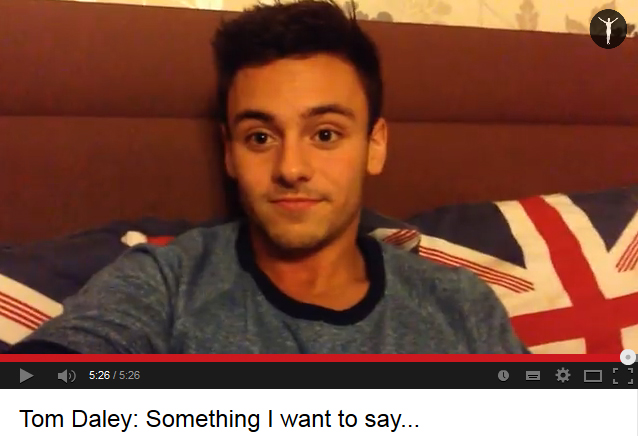 The old saying “coming out of the closet” has taken on a much more public meaning in recent years as celebrities and sports stars feel a lot more comfortable in telling the world of their sexuality.

Some would say this could make it easier for the millions of gays and lesbians that are still not comfortable and many of those are young people in their teens and twenties who are reaching out for assistance in this massive step.

Youtube is now the primary source for many of us who turn to it for information and entertainment just like television was in the 80’s and 90’s. In the past few years, Youtube hosts in particular, have been using the social media outlet to expose themselves to the world and recently there has been a spate of very high profile hosts who have “come out”.

Eikon looks at just a few of these “coming out” videos and wonders has this helped or hindered the decision process for many LGBTI youth of today?

1. Troye Sivan – There were most likely many others that used Youtube to come out before Troye but arguably no one has garnered more support nor a greater level of followers from such an “outing”. The South African born Australian is seen agonising over the private to public exposure in his video below but little did he know it would boost his popularity so much that he now has more than 3.1 million subscribers and last year Time Magazine named him one of the world’s Top 25 Most Influential Teenagers.

2. Soldier – This was one of the earliest “coming out” pieces on Youtube but still melts my heart. It’s from the backdrop of the “don’t ask don’t tell” legislation in the US and it’s a soldier calling his dad to tell him he is gay. What is amazing is that before this video he had never shown his face before as he was a soldier fighting overseas. Not only did he show his face but as you will see his father’s response is so lovely.

3. Davey Wavey – This is not strictly a “coming out” live video but I thought I’d throw it in primarily because Davey Wavey is one of the biggest YouTubers in the world and two, just like all of us, he found it hard to come out even though he knew his mum would be amazing. And she always knew. Worth a look.

4. Tom Daley – Probably the most public of coming outs was Olympic Diver Tom Daley. Of course “we all knew forever” that he was gay but Tom didn’t know himself and he decided YouTube was the place to tell the world. Tough for the millions of female fans that dine on his every Instagram image or Facebook post, but terrific that he could take control and out himself to the world without a media outlet or scurrilous rumour doing that.

5. Twins 1 – For some reason seeing twins coming out on screen grabs everyone, including all my straight friends. The first twins coming out video was from a hidden camera in the kitchen. The boys have only recently found out about each other and now its time to tell mum and dad. The reaction is priceless, particularly from dad who just keep eating his chicken.

6. Twins 2 – One of the most recent “coming out” videos was from The Rhodes Brothers. Two models from America who moved to LA and found it was far enough away to then call their dad and let him in on their secret. Get the tissues ready, these boys are really torn about this decision to tell their dad but also about doing it online. Their Dad, a star.

7. Ryan Lamont – As YouTube stars go Ryan Lamont is only in the early stages of his YouTube career, but the English born New Zealander still felt the need to use Youtube as a way to tell his coming out story.

8. Connor Franta – I think this one hits me the most, because I’ve followed this guy and his channel for many years and always felt there was something holding him back. Like many in the entertainment industry, Youtube has a wealth of gay talent and most choose to keep their sexuality a secret. To Connor’s credit he does it in an extremely gentle and professional way and with over 4.1 million subscribers, and that figure is growing every day, I hope that his sexuality will continue to have nothing to do with his career.

Have you seen a “coming out” video on YouTube thats worth listing? Let us know here