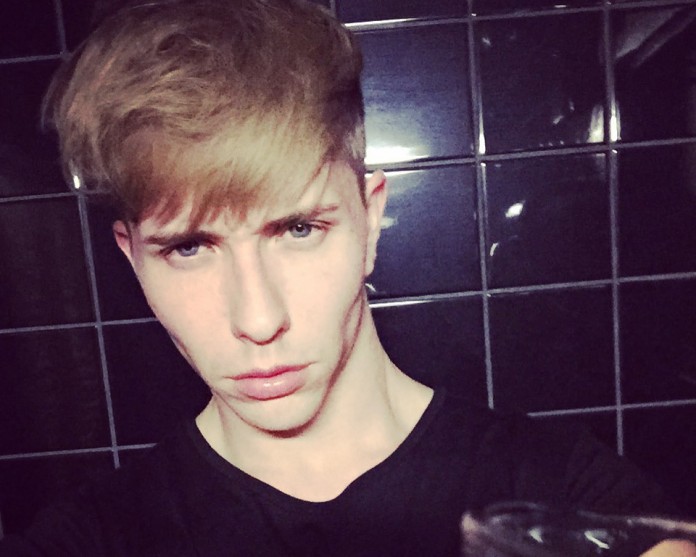 Finland’s nomination for the Mr Gay World Competition has used his coming out as a catalyst to propel himself into the spotlight as one of the favourites to take out the 2015 title.

Tomi Lappi, 24, made the decision to tell his parents about his sexuality just before he went through the registration process for the Mr Gay Finland competition.

He had suspected they knew that he was gay from a very young age but it had never been discussed.

“It wasn’t something that was talked about in my family and since my parents are from a different generation where even today being gay isn’t considered as normal as it should be, it was a bit of a shock to them to hear the words coming out of my mouth,” Tomi explained exclusively to Eikon.

“My family means everything to me and clearing the air about such a big matter has been a blessing and part of the reason why I signed up for Mr Gay Finland.

“I wanted to show all of Finland that being gay isn’t a hindrance or something to be ashamed of, but just a tiny fraction of what a human consists of, and something that should be celebrated and not hidden.

“The response from friends from school, my childhood, my colleagues and my family abroad was nothing but supportive, which makes me glad that I decided to take part.”

Tomi is one of 22 delegates from across the World vying for the title which will be judged across a week of activities starting on April 26.

Due to the fact that the Mr Gay Finland competition is held every year in June, two Mr Gay World events falls within this 12 month period. So it was decided that the first place-getter would attend the 2014 and in 2015 the title moves to the 1st runner-up and in this case it’s Tomi.

“I was also thanked for the strongest stage charisma, and got nothing but praise from the judges afterwards.

“Since we knew by then already that the Mr Gay World competition would fall twice on the reign, I was excited to be able to get the chance to travel to South Africa and to try my hardest at snatching the 2015 title to our northern home.”

Tomi was born in Germany but moved to Finland with his Finnish parents at age six and believes it was a blessing being raised in a multicultural and multilingual environment.

“I went to a German school after moving to Finland so I could maintain the language and the culture even in Finland.

“I’ve had the chance to be raised with a lot of travelling between Scandinavia and Europe which i’m eternally grateful for.

“After military service I moved to London for dance and modelling work, and having to build my whole life out of nothing, knowing no one in the country has really made me the person I am today.

“The few years that I lived in London taught me a lot about myself and life in general.”

Tomi is a model, show and ballroom dancer and has recently been working on a cruise ship with a group called the ‘Scandinavian Dancers’.

He has been competing in modelling and dancing competitions for many years which means he will have his game face on once he gets to Cape Town.

“I’ve spent most of my life competing, both in ballroom dancing and in music competitions, so I’ve got to admit that being a competitive person just the competition aspect of the whole event excites me a lot.

“I spent a long time figuring out who I am, and once I stopped trying to fit into the molds that I thought I should fit in, whether they were set by the straight society or my fellow gay men, it has given me a level of confidence and a view towards life that not many boys my age have.

“There’s also a twisted irony of a me being tall, blonde and blue-eyed and competing in a pageant for diversity, but with so many delegates from all different countries that’s something that i don’t personally find exotic, but might be something that will have me stand out physically out of the crowd.”

He will no doubt gain marks for his looks and modelling experience but can he match it in other areas of the competition with so many diverse delegates from across the globe.

“My fellow delegates are a great bunch of people, and it’s great to have such a selection of looks, backgrounds and personalities in the group.

“I think all of the delegates have an equal shot at winning this whole thing.

“It will come down to how we portray ourselves in South Africa.

“I feel that I have a similar tongue-in-cheek attitude towards the whole thing and none of us are scared to be a bit silly, yet aren’t scared to address big issues in the LGBTI community.”

Tomi joins our very own Matt Fistonich and Scott Fletcher in the competition which begins next Sunday until the finale where Mr Gay World will be announced on Saturday night 3 May.

Keep checking the Mr Gay New Zealand page here on Eikon during the entire week of competition as we keep you up-to-date with all the latest news direct from South Africa.

To vote in the “People’s Choice” award for the Mr Gay World Competition go here.