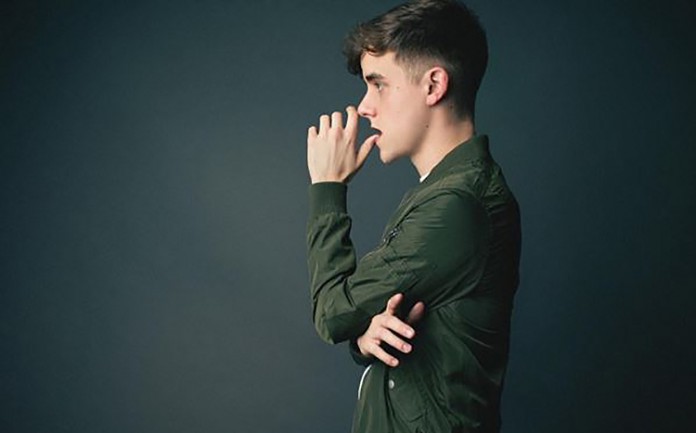 We’ve talked before about Connor Franta and how he came out earlier in the year on his Youtube Channel.

The small screen star has boomed since that moment, releasing his first biography that made the New York Times Best Sellers list, been producing music videos with Troye Sivan and increasing his presence across all social media.

If you’re trying to build a social media presence, you could do a lot worse than to emulate Connor Franta.

Since bursting onto the scene in 2012 as a member of the collaborative YouTube channel Our2ndLife (which he left in 2014), Franta has become a major player in the social Internet world: His YouTube channel has 5 million subscribers, he’s got 3.43 million followers on Twitter, and his Instagram photos are followed by over 4 million people, each one good for between 200 and 300,000 likes.

Franta’s passion for self-expression plays out in unique ways on Instagram, where he’s able to take the focus off himself (he keeps a low selfie-to-outside-world ratio), and instead show his fans the world the way that he sees it.

“When a moment in front of me appears to be particularly special, whether it be by beauty or experience, I capture it,” Franta explains in a recent video.

“I usually find a reason to justify taking that photo—symmetry, or color, or contrast—and it’s my hope that my photography sheds light onto what I see and do on a daily basis.”

Franta can get as much attention for photos that capture a cup of coffee or a tree whose leaves are changing color as he can for a shot of his now-famous face. And with that in mind, he says that photos tend to come out better when they’re expressing something real, rather than when they’re chasing a trend.

“Trends come and go extremely fast in the world of today—just when you think you’re on top of the newest and greatest thing, something new comes to life,” Franta said.

“I’m very aware of most of the popular topics and subjects, but I only tend to take part in a few purely because I’m aware of their short lifespans.

“It always surprises me how much my followers appreciate how candid my photos are—they may not have a particularly unique subject, but it’s more about the light you shed on the subject than the subject itself.”

Shedding light on those subjects is a detailed process, too. It’s not enough to just take the photo—and a pro like Franta doesn’t just rely on the built-in filters within Instagram.

“Sure, first you have to take a quality photo, but once you have that, you can make it 10 times better with the correct editing.”

He likes apps like VSCOcam, AfterLight, and FaceTune (though he says he doesn’t actually use it on his face) to get his point across.

“Sometimes, cameras can’t capture a scene like your brain does,” Franta admits.

“But the use of apps can help get it just a little closer to reality.”

And with 4 million people looking at every photo that he takes, Franta would know.