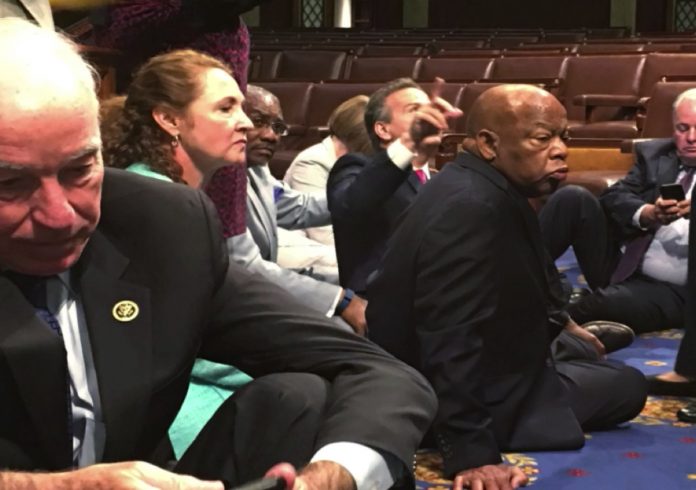 Demanding action and progress on the United States gun control legislation, Democratic congress representatives have staged a sit-in on the house floor, in an attempt to sway the chamber’s Republican leadership to allow further voting on gun control amendments.

The sit-in which began following an emotional plea on the house floor by Lewis in an attempt to convince republicans to vote on the new amendments. Lewis who has been described as “the soul of the United States Congress” said, “We have turned deaf ears to the blood of the innocent and concern of our nation.”

More than a dozen Democrats then followed suit, sitting on the floor of the House of Representatives, refusing to move even after the acting speaker placed the session into recess.

Wearing rainbow ribbons in honour and memory of the 49 people killed in the Pulse nightclub attack, the democrats began chanting “no bill, no break,” ignoring the objections of House leadership.

As a result, cameras inside the House were turned off after the speaker’s gavel sounded, however, members of Congress could still be heard chanting.