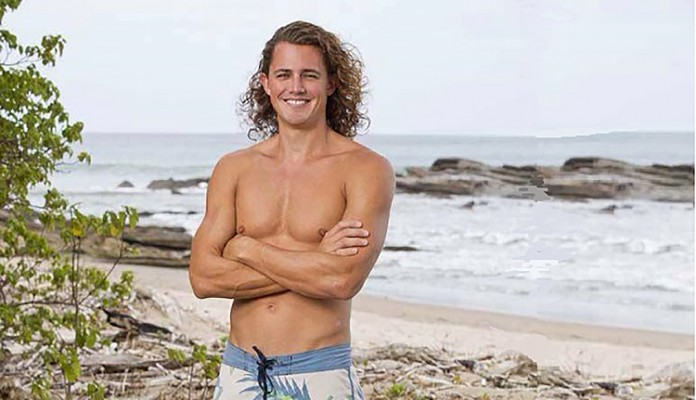 At Eikon, we work hard to bring you the biggest and most important stories, with a gay twist, from across the globe. And yet sometimes we just indulge in a bit of fun.

Currently, there is a man that is taking the world by storm. He’s not a politician, a sportsman or even a Kardashian and he’s not even gay(well as far as we know).

But he is one of the sweetest, kindest, strongest and most competitive players in the current series of the US TV show Survivor. His name is Joe, Joe Anglim and today, for your Weekend we dedicate this list to Joe, the man of the moment.

Joe is 26 and a Jewellery Designer from Scottsdale Arizona. He’s big into his sports winning State championship for basketball in his senior year of high school. In college, he played indoor volleyball at Northern Arizona University.

Joe is currently competing in the 31st season of Survivor. This season was filmed in Cambodia and involved bringing back a group of previous Survivor players that had never won. Joe was voted into the show by public vote after he competed in the most recent season 30, where he had his torch “snuffed” out by Jeff Probst after he team-mates removed him because he was a major threat.

Mike Holloway, who won Survivor: Worlds Apart said,  “I couldn’t win the game as long as he was around. We called him Joey Amazing; that was like his nickname around camp. You can’t go to the end with someone who you call Joey Amazing.”

Jeff Probst, who has been the host of Survivor for 15 years sums up why Joe is so popular on this show.

“Joe represents why Survivor is so difficult,” Probst tells PEOPLE.

“Joe is athletic and can win every challenge. Joe can build you your shelter. Joe can catch you fish. Joe is good-looking. Women want to date Joe; men wish they were like Joe. You want to keep him around because everyone likes Joe. And if this group isn’t careful, they’ll wait too long to get rid of him.”

Oh and he can use a machete like no one’s business.

Hmmmmmm……. ok he’s clearly in the middle of a challenge here, trying to stay up on a pole for an inordinate amount of time. But wow check out those arms.

Joe’s Pet Peeves are bad hygiene, rude, inconsiderate people, that person with really nasty coffee breath who has no idea what personal space is, when the last person to use the bathroom doesn’t replace the empty toilet paper roll and when someone is telling a story and every other word is “like.” (Are you sure you’re not gay…….or at least bi???)

5. Joe is a thinker, I mean, he makes jewellery for a living

Joe’s strength at survivor has been his athletic ability, but he’s also pretty darn good at doing puzzles (Which is a huge bonus in Survivor). Oh and he can make fire from rubbing two sticks together. Now that’s a man I want to meet.

Joe lists his hobbies as anything that allows him to work with my hands. These include metalworking, painting, drawing and welding. He also loves the outdoors- you name it: Hiking, climbing, hunting, camping, etc.

Yeah ok, Joe has a nice body, but obviously on the show it gets more ripped the longer he goes without food. This man is huge, well over 6 foot tall but he can carry off anything, including that bandana that he has to wear every day on the show.

He also has a great accent, take a look at this little video of him chatting before the series began.

He can lean on a tree with the most amazing Matt Fistonich “thinking” pose and then practice his modelling skills with a pole on his head. In fact, Joe does a lot of things with poles.

8. Joe even has famous sisters

Joe’s sisters are stars in their own rights. They are country and western trio with a number of chart-topping songs (well they have released some at least).

Well, we love it and hate it all at the same time, but it wouldn’t be Joe without it. That’s why we love him, that smile and that hair. The true Eikon Joe.