As the band performed their first show in Dubai, Healy left the stage during ‘Loving Someone’ and kissed the male fan after he had asked the singer to marry him.

Footage of the moment shows Healy inviting the fan to hug him, before the pair share a quick kiss. Homosexuality is illegal in Dubai and is punishable with up to 10 years in jail. 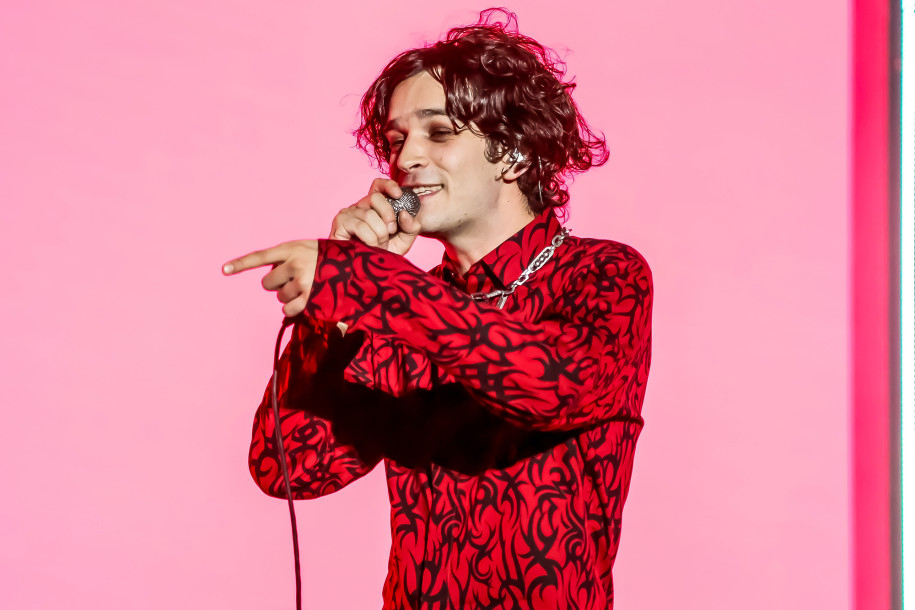 Posting on Twitter after the show, he wrote: “Thank you Dubai you were so amazing. I don’t think we’ll be allowed back due to my ‘behaviour’ but know that I love you and I wouldn’t have done anything differently given the chance again.”

He added: “But who knows maybe they will let me back in let’s just wait and see :).”

“I am a bit wary of talking about it because I don’t want to appear to be virtue-signalling, but me and the others in the band all felt it was obviously a good thing to put our money towards,” Healy said at the time.

It’s possible that The 1975 kiss could have broken the UAE’s strict anti-LGBT+ laws.

Same-sex relations between men are outlawed under the state’s penal code. Depending on the interpretation, the maximum punishment is either 10 years or the death penalty.

While the penal code specifically mentions the act of sodomy, a British man was arrested in October 2017 after touching another man’s hip.

Jamie Harron said he touched the man in order to avoid spilling a drink on him.

He was later sentenced to three months in prison for public indecency but was exonerated a day later by special order of the UAE prime minister Sheikh Mohammed bin Rashid al Maktoum.

Gay Nation Team - Jul 3, 2020
Musician Spencer Brown has come out as gay through the music magazine Billboard. The 26-year-old techno DJ from San Francisco started playing with Avicii, and...