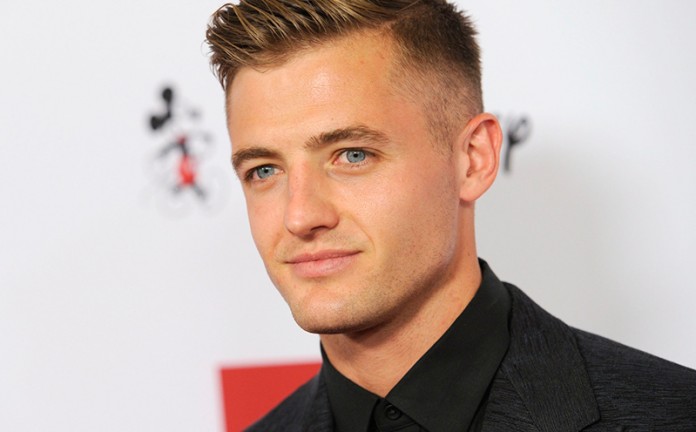 Former English Premier League footballer Robbie Rogers has said “the locker room is like no place on earth” when discussing the lack of openly gay professional soccer players in the United Kingdom.

Speaking to i-D magazine for a new fashion feature by photographer Beau Grealy, the current LA Galaxy player spoke about his experiences playing the game he loves before he came out.

“Although I think this is changing, I felt a pressure to live up to this ‘straight, masculine athlete stereotype,’” Rogers explained.

“The locker room is like no place on Earth. It’s a place where a lot of banter is thrown around, where men act as kids, where athletes prepare for battle.

“Before I came out, I heard the most ridiculous homophobic things being said there.

“What was said in locker rooms over the years made me think that a gay athlete couldn’t exist.”

The 28-year-old announced his retirement and sexuality with a 408-word post on his personal blog, robbiehrogers.com just months after he retired from playing soccer with Leeds United.

On that blog post he wrote, “I’m a soccer player, I’m Christian, and I’m gay. Those are things that people might say wouldn’t go well together. But my family raised me to be an individual and to stand up for what I believe in.”

Currently, rumours abound in England that two high-profile Premier League players are due to come out early next year.

Before Rogers came out he was worried about the response he would get from those that he played alongside.

“The guys that said things like, ‘being gay disgusts me’ are the same ones that have showed me so much love and support.”

“It made me realize how people could get caught up in banter and that athlete pack mentality.”