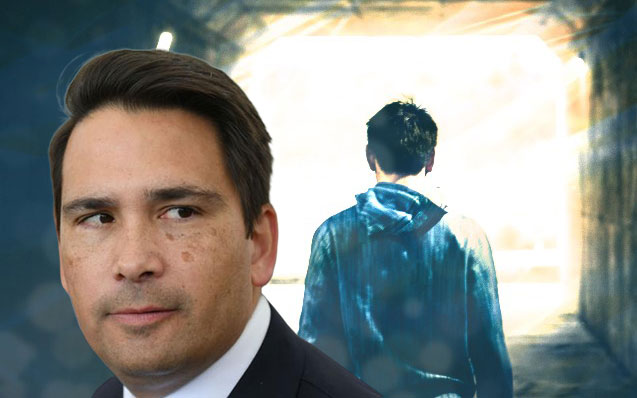 Former New Zealand Opposition leader, Simon Bridges has raised his concerns about the current government’s commitment to ban the dangerous and ineffective practice known as conversion therapy, claiming it is a result of cancel culture and is an attack on free speech.

His comments on the same day that the State of Victoria officially passed into law the banning of the so-called therapy.

Bridges who is the National Party’s current spokesperson for Justice made the disturbing statement on breakfast television, The AM Show.

While responding to questions about National’s stance on banning the practice, which has been described as a form of torture by the United Nation’s Human Rights Council, Unethical by the American Psychiatric Association, and not scientifically proven not to work by the United States Surgeon General, Bridges stated:

“I personally do have a wider concern. That is freedom of speech. That is in a liberal society, in a tolerant society, we have been very tolerant of different views.”

“We are, with this, moving down a track to a situation where it is actually cancel culture.”

“If we don’t like it we are going to criminalise it and I do worry about that,” he added.

Bridges’ misinformed comments are not only controversial but are also extremely unpopular with the general public (with over 72% of the public wanting the practice banned according to TVNZ’s Vote Compas) – A move that seems counterproductive to a political party that lost many of their seats in the latest election and continues to slide in the polls.

Following his comments Bridges refused to elaborate on whether his party wanted the dangerous practice banned, instead claiming that he wanted to see more detail around the policy, before adding that people should have religious freedom.

“On the notion of a Christian or Muslim councillor preaching a certain thing in a voluntary way, I personally have no problem with that.”

In contrast to the embattled former leader’s comments who was rolled by his own party before the last election, Labour MP David Parker, who was on The AM Show’s political panel along with Bridges, confirmed they were still working on the policy, and confirmed he disagreed with Bridges view.

“There is no medical science behind the idea that you can change someone from either gay to heterosexual or heterosexual to gay. It is crazy voodoo nonsense.”

And in Australia Gay conversion therapy has been banned in Victoria after the Bill passed parliament on Thursday evening with 27 votes to nine, in what some MPs have labelled “one more step in the fight for full equality”.

The Change or Suppression (Conversion) Practices Prohibition Bill makes it illegal to attempt to change or suppress a person’s sexual orientation or gender identity, carrying a penalty of 10 years’ jail or fines up to $10,000.

It also gives investigative powers to the Victorian Equal Opportunity and Human Rights Commission (VEOHRC) and the ability to refer matters to police.

Victorian Parliament’s only openly gay MP, Harriet Shing, said the legislation is an important move to “recognise the pain and the trauma and the hurt of victims and survivors”, The Age reports.

She later took to Twitter to celebrate the success.

“It was hard, and it was full of pain and distress. But we did it,” Ms Shing said.

“And we got there together.