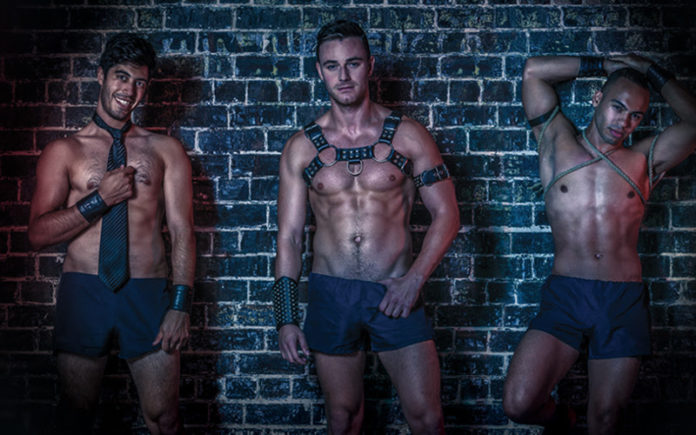 What happens when you combine the rugged physique of Sydney’s inclusive gay rugby team, “The Convicts”, the red-light district of Amsterdam and notions of challenging homophobia and masculinity in sport?

You get one of the hottest events to hit Oxford street in Sydney, Rugger Bugger.

In Sydney’s first inclusive gay Rugby Union team was formed and ever since they have been tackling guys on the field and issues in the community. Their main focus is to allow everyone to have a prejudice free environment where they can enjoy football.

In 2014, the first international study on homophobia in sport was conducted and shed light on how same sex attracted individuals face exclusion, abuse and vilification due to their sexuality; both as athletes and as spectators.

Some statistics included 78% of respondents believed a same sex attracted individual would not feel safe as a spectator, 84% had received verbal slurs such as ‘faggot or ‘dyke’ while playing, 88% of New Zealanders and 87% of Australians under 22 would stay in the closet whilst playing sport to protect themselves.

After looking at these statistics, ‘The Convicts’ and their club built the bridge between enjoying the sport, having an inclusive safe environment and being comfortable in one’s own skin. Something that is important and obviously needed within our community.

Just a hand-full of what the convicts have done in terms of community involvement include their involvement in the Australian Marriage equality ‘Yes’ campaign, marching alongside the LGBTIQ+ community in protests and standing up to negative comments made by individuals in the rugby community including the recent slur by Israel Folau.

The Convicts also were front-runners to launch an Anti-Homophobia & Inclusion Framework for Australian Sports with the support of the Australian Sports Commission. This being a framework document designed to combat discrimination against LGBTI people in sport.

Now you be asking, “Hey Jared, what’s Rugger Bugger, why are you talking about this?”.

WELL, after the past year battling marriage equality and the trying time it brought, ‘The Convicts’ are putting on one of the biggest ‘teases’ to ever happen in Sydney. With 30 boys all diverse and different performing on stage throughout the show, you can be guaranteed to see something you like.

This is a fundraising event to raise money for the club to go to the Bingham Cup held in Amsterdam (hence the influence from the red-light district). It’s like the World Cup for Gay Rugby and fingers crossed the team will be able to bring home some silverware. (Sorry New Zealand Falcons, but bring it on!)

Rugger Bugger will be a chance for the club to show off their new players, let down their hair, or their lace front weaves, celebrate the community and look ahead to the Bingham Cup.

Rugger Bugger will be held on May 19 from 9 pm in their new Venue Sydney’s ‘ARQ’ and there will be a mammoth four shows and a special show at the afterparty.

Tickets are selling fast so get yours ASAP via their website here.

Hope to see you there, come support the community.