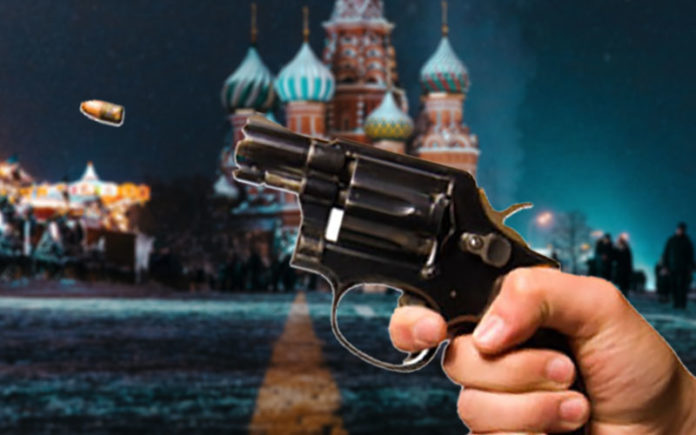 A man in Moscow has shot his ‘lover’ and attempted suicide after it was alleged his lover’s Mother had found out about their secret gay relationship and was planning on blackmailing the couple with intimate photos.

The alleged incident, reported by MK, occurred in a North-west suburb of Moscow and has been treated by police as a criminal incident without alleging any homosexuality.

According to the Mother, all three were sitting in the kitchen when she moved into another room until she heard swearing and screams.

In the hallway of the apartment, the man took out a gun and opened fire on her son.

Rushing to her son’s defence, the Mother shot before the man shot himself in the neck.

An ambulance was called by a neighbour who attended the scene after hearing shots fired, assisting both the man and the Mother of the victim.

In a statement by the Sister of the deceased man, she said her brother was not gay and in fact, he had a met a girl about six months ago.

“My brother is not gay, this can’t be at all,” the sister explained to Life Magazine.

“This is false information. What kind of nonsense? They [the brother and the killer] were not in a relationship. They were friends.”

According to available information, the shooter and the mother of the deceased were hospitalized.

Records of Moscow crimes are hard to find but it has been suggested a criminal case has been instituted.