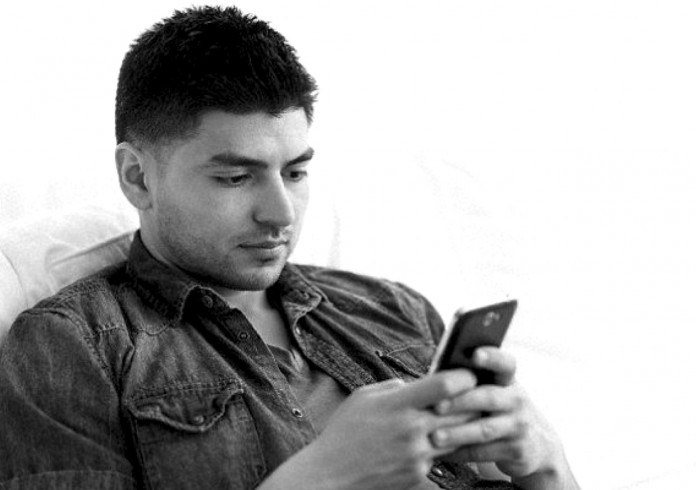 As a result of the recent terrorist attacks conducted by ISIS in Paris where more than 130 innocent people lost their lives, Islamophobia appears to be on the rise again, and the LGBTI community is no exception.

22-year-old Anthony Magallanaz from Phoenix, Arizona has unfortunately discovered this for himself, after receiving discriminative and hateful message on Grindr.

In response to the 22 year-olds Grindr profile having some Arabic lyrics, Anthony was warned to “watch himself” and was called a “dirty sand nigger.”

The lyrics featured on his profile “حبيتك بالشتي” are derived from a Lebanese singer’s song titled Al Thaniah by Fairouz and translates to “I loved you in the winter.”

This unfortunate example of Islamophobia highlights the disturbing ignorance and stigma that many Muslim people face in their day-to-day lives. Muslim people who share the same grief and sadness for the people who lost their lives in Paris, and have just as much, if not more reason to despise terrorism and the groups that conduct these atrocious acts such as ISIS.

Other messages read, “You must be one of those ISIS motherfuckers,” and “I’ll kick your ass all the way back to Iraq if I ever see you in public.”

Anthony explains how he initially thought the comments he was receiving were a tasteless joke, “I asked for clarification and it became clear to me that he only wanted to be hateful, so that’s when I stopped taking him seriously,” Anthony told Gay Star News.

“At the same time, I tried to be light-hearted with him and show that, ‘Yeah, I’m Muslim, but am I the one being aggressive here?’ ”

Anthony says he did not report the messages to Grindr, as he purely just wanted the “conversation to be over.”

“I’m scared for the Muslims in Europe as well as those here in the United States and most of all those in the Middle East, who are the most direct and immediate victims of groups like Da’esh and al-Qa’eda.

“There have already been attacks in Baghdad and Beirut and I fear there will be strong action on Da’esh’s part and equally strong reaction against innocent people on the part of bigots here in the US and Europe.”