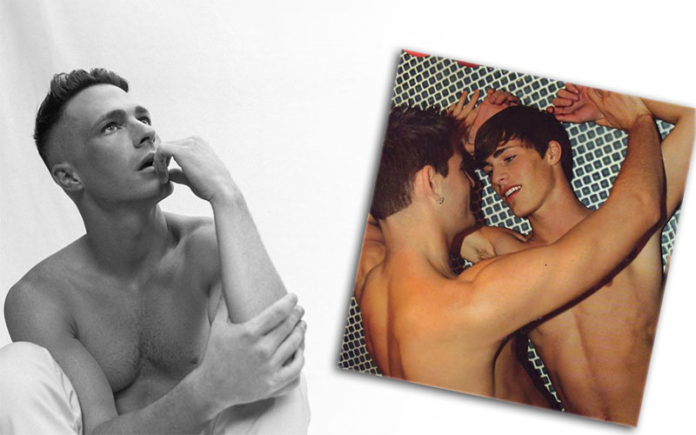 In a social media story that we couldn’t resist sharing, openly gay actor Colton Haynes has taken a trip down memory lane with an Instagram post opening up about years of feeling guilty and ashamed of his sexuality in the process.

The 32-year-old actor shared an image of the March 2006 cover of XY Magazine, a long-running, gay publication.

The cover, which shows a shirtless Colton (who was a working, teen model at the time) getting pinned up against a wall by another unnamed, also topless model, has been a sore point for Colton for a while now, he admits, but after not addressing it for the longest time, he is finally opening up and letting go of any of the shame and guilt he’s had built over the years.

“I’ve never posted this picture before. In fact, I spent a big part of my career trying to erase it from the internet while I was still in the closet,” he wrote. “Partly because so many ppl in Hollywood told me I would never work as an openly gay actor, but part of it was because I was incredibly ashamed.”

Speaking about how he felt jealous of the younger version of himself on the cover of XY because of how open and free he looked and felt back then, he continued:

“It made me sad to see these pictures I had taken as a teenage model…before I was placed with voice and movement coaches to straighten me up for the cameras…before I learned to see my queerness as a liability. I was jealous of him. The boy in these pictures was so open, so free. He had to be taught that it wasn’t ok to be who he was.”

“Being gay is worth celebrating,” Colton concluded in his heartfelt post before wishing all of his followers and supporters a happy Pride Month. “I wish I’d figured that out sooner, but I’m so glad I know it now. To everyone in the LGBTQIA+ community, I hope you celebrate yourselves this month and always, exactly as you are.”

It’s been a long and worthwhile journey for Colton this past decade.

Haynes made a name for himself in MTV’s popular supernatural teen drama series Teen Wolf and starred in other beloved projects like The CW’s Arrow and in the comedy Rough Night.

After speculation about his sexuality started circulating online, Colton decided to publicly and openly live his truth in 2016, and since then, he has regularly been booking projects as a film and TV actor and has become a great example of what it means to be an out and proud gay man.