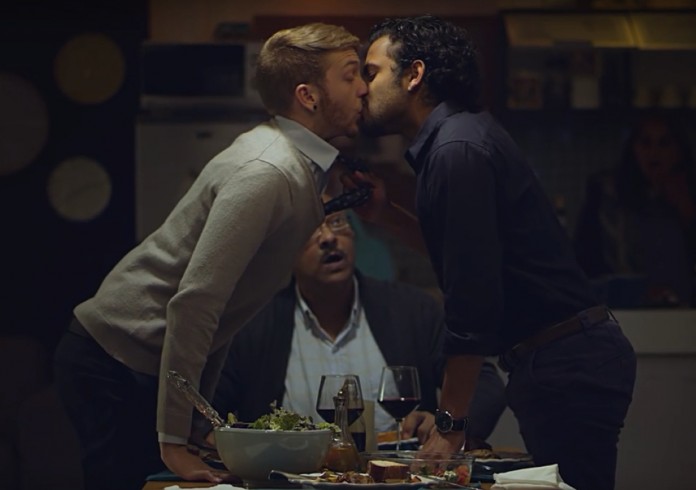 A nationwide advertising campaign with the aim of raising awareness about HIV has been banned from screening in South African media, despite the nation’s annual 200,000 death toll as a result of AIDS.

The HIV awareness campaign titled, We The Brave directly targets the at-risk gay and bisexual community, features a mixed-race male couple kissing in front of one of their parents, with the message “We’re brave enough to come out. So we’re definitely brave enough to cover up.”

Despite the nation’s continued AIDS crisis, South African media bosses have refused to screen the video, demanding the advertisement be “toned down.”

Nina Morris Lee, who is the marketing boss for We The Brave, said, “It astonishes me they would put lives at risk because they don’t want to show a gay kiss.”

“If our ad was offensive in any way, we would understand but this wouldn’t offend anybody.”

According to a 2014 report conducted by UNAIDS, 6.3 million South Africans are living with HIV.

An estimated 9.2% of new HIV infections are among men who have sex with men, with almost half of the gay and bisexual population living in the city of Durban being HIV positive.