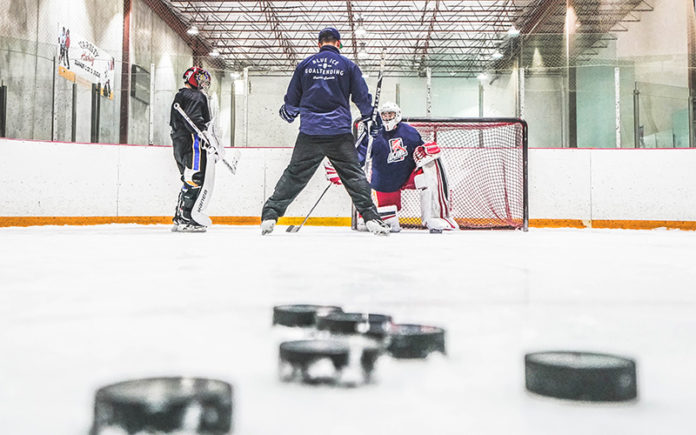 Research by Melbourne’s Monash University has claimed homophobic and sexist language is rife across Australia’s professional ice hockey community but that it’s not born out of homophobia but a desire to be ‘culturally normal’.

In a world first study, that will be released on Friday at the International Conference on Sport & Society, being hosted at Ryerson University in Toronto, the findings revealed 68% of players heard teammates, and 60% of players themselves admitted to using homophobic slurs (e.g. fag, dyke), in the two weeks prior to completing the research survey.

More than 25% of players heard coaches use homophobic slurs.

The research involved 146 players from 11 countries who play in the Australian Ice Hockey League. As a country, Australia is only ranked 35th in the world in Ice Hockey.

Speaking about the findings, Lead Researcher for the Sport Inclusion Project at Monash University Erik Denison said the language does not appear to be motivated by ‘homophobia’ or ‘sexism’, rather a desire for social acceptance and to conform to what is viewed to be “culturally normal”.

“We found a very large disconnect between positive attitudes about gay people and the negative language being used,” Mr Denison said.

“For example, 86% of participants said they did not think it was okay to make jokes about gay people and 77% said they were confident they would stop others bullying a gay teammate.

“Furthermore, 82% of players believed a gay person would feel welcome on their team, despite homophobic slurs being used regularly.”

Mr Denison also suspects younger players are learning this language from older athletes. But, in order to stop the negative cycle, he said a massive culture change in team sports was needed.

“Hockey has been a leader in efforts to end homophobic and sexist behaviour and so the results of our research will help the sport to refine the approaches it is taking,” Mr Denison said.

“It is important to target the underlying cause of the problem, which is what our research will help hockey to do

“We also wanted to research hockey because it remains the only major pro sport that’s never had a gay athlete come out either while playing or in retirement. This seemed odd to us because the NHL has been quite proactive in this space.

“We will be supporting hockey, and the LGBT organisation with which it works, You Can Play, to use the results of the research to improve and refine its programs and approaches.”