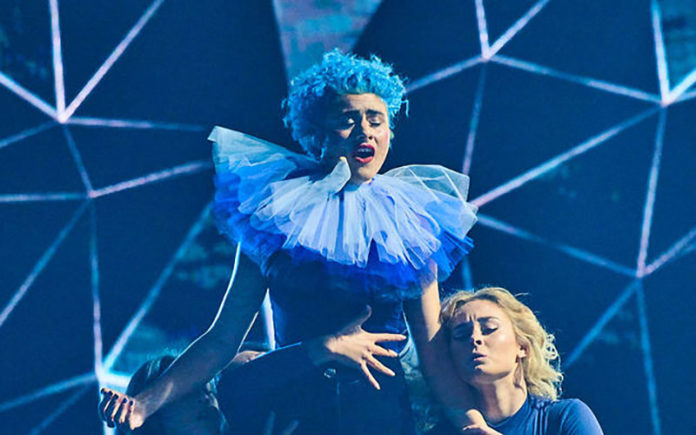 In a huge upset at the Australian Eurovision selection show, two of the country’s favourite singers have been beaten by singer-songwriter Jessica Cerro, aka Montaigne who will now represent Australia at the 65th Eurovision competition in Rotterdam in May.

She emerged victorious from a field of nine other acts that included the likes of global superstar Vanessa Amorosi and former Australian Idol winner Casey Donovan.

Montaigne topped Saturday’s scoreboard with 107 votes after she was given the number one placing by the jury and voted second best by the public.

Casey Donovan’s song Proud came in second place with 100 points. Donovan won the public vote with 60 points but it was 7 points in the end.

Montaigne’s song, Don’t Break Me, is an art pop anthem about a low point in a relationship.

Montaigne says her blue hair and rosy cheeks were inspired by the character Mr Mime from the Pokemon television series. 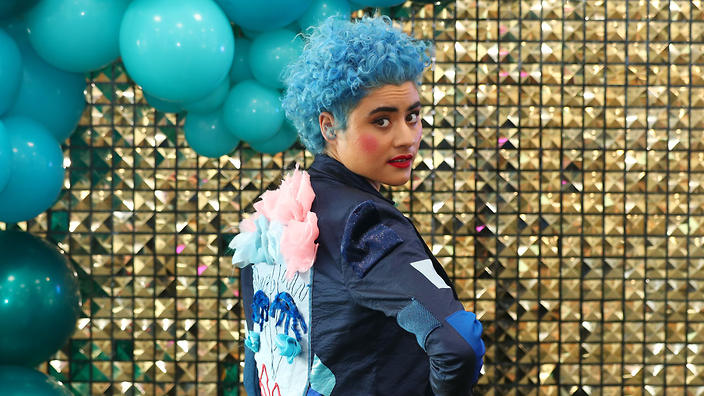 Korean-born singer-songwriter Dami Im, who came second at Eurovision 2016 with her song Sound of Silence, also performed and sent a shudder through the spine of potential Australian contestants by announcing she will compete in next years Australia Decides competition.

The 2020 Eurovision Song Contest takes place 12- 16 May in Rotterdam, Netherlands.