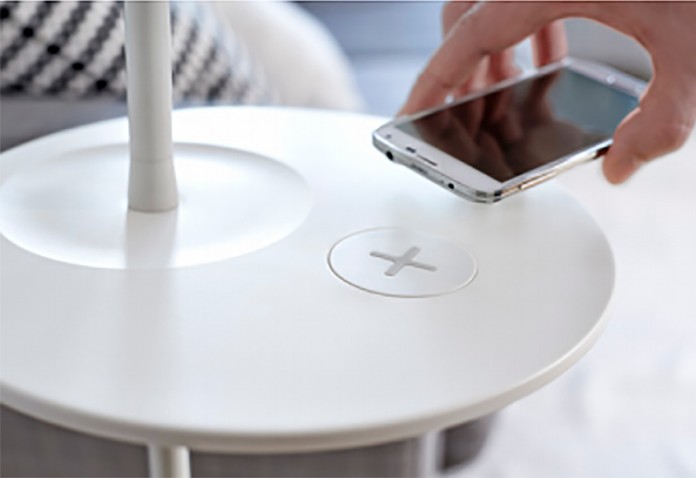 Giant Swedish furniture make Ikea have unveiled a new range of furniture that come with built in wireless charging spots for your smartphone.

The range that will include lamps, desks and tables will assist phone lovers to ditch their phone charging cords in the bedroom.

The range was unveiled at the Mobile World Congress in Barcelona on the weekend.

But will my smartphone be compatible with the new Ikea range? Most likely yes, as the range supports the market leading Qi standard wireless charging system and for some iPhone and Samsung handsets that dont automatically connect, Ikea will have a number of wirelss charging covers that will let you take advantage of the new furniture.

The wireless charging lamps and bedside tables will be available to buy in all UK and US IKEA stores from mid-April, starting at around $60 NZD but as yet anyone in New Zealand wanting to buy Ikea furniture must get on a plane and travel to a store as there is still no store here.

Speaking to stuff.co.nz back in October 2014 an Australian Ikea spokeswoman said there were no immediate plans for an physical Auckland store, however that was reviewed on a regular basis.

An Ikea online store is not even available but it is expected the Australian store will become live in the near future which could include New Zealand access.

A Facebook page setup to put pressure on the Swedish giant to bring Ikea to New Zealand has been set up with almost 17,000 fans, but as yet Ikea still remains a distant store for Kiwis.