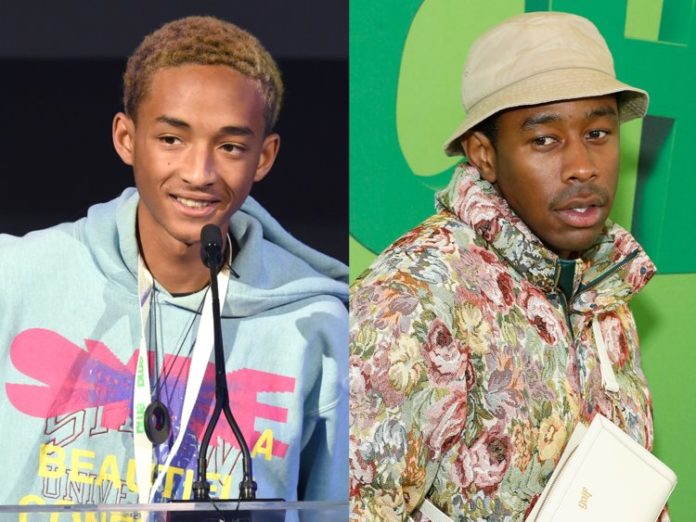 Hot on the heels of reports that Jaden Smith was dating Lil Xan, the son of star Will Smith has broadened the gay rumours by telling fans on stage that his boyfriend is Tyler, the Creator.

The wild unpredictable announcement happened on the weekend while Smith, 20, was performing on stage at the Camp Flog Gnaw music festival in Los Angeles.

During a break between songs Smith told concertgoers that Tyler, 27, is his boyfriend.

“I just wanna say Tyler, the Creator is the best friend in the world and I love him so f—king much,” Smith said in a video recorded by a fan.

While the crowd greeted the claim with cheers and sounds of shock, Smith quipped, “And he’s been my motherf—king boyfriend my whole f—king life. Tyler, the Creator is my f—king boyfriend! It’s true!”

Tyler, who was in the crowd, looked taken aback by the announcement, waving his finger at the audience to signal he wasn’t on board with it.

Tyler, who created the Camp Flog Gnaw festival, has danced around his sexuality on multiple occasions in the past, leaving fans wondering if he was serious.

In 2015, he tweeted, “I tried to come out the damn closet like four days ago and no one cared.”

Later, Smith tweeted at Tyler, writing, “Yup @TylerTheCreator I told everyone you can’t deny it now.” Tyler simply tweeted back, “Hahahaha you a crazy n—a man.” 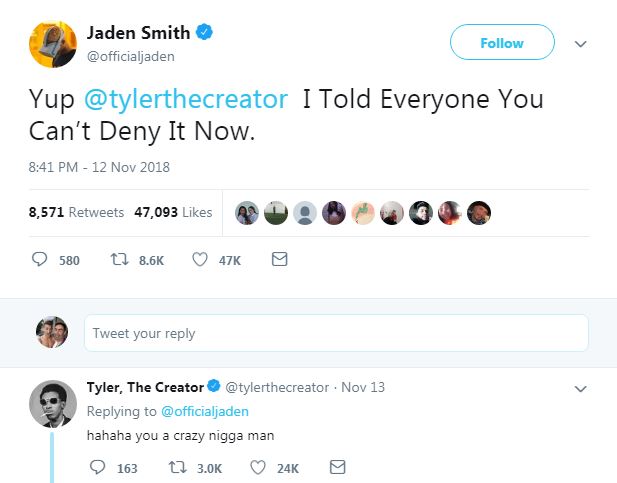 It’s unclear if the buds simply have a deep bromance or an actual romance but Jaden Smith is certainly not wasting any time finding men in his life.