The word is out, Sydney gay newsreader Brooklyn Ross has announced that he will be a contestant on the brand new channel ten dating show Blind Date.

It was recently rumoured that the Kyle and Jackie O presenter might be taking part in a “Gay Bachelor” style show as he dropped hints on the Kiis breakfast show but this morning all has been revealed.

Sadly he wont be the next leading man on The Bachelor but he is one of the suitors in the new Julia Morris reality show. But is he happy with the man he chose?

Blind Date is a show that has only recently debuted on the network with the hilarious Julia Morris as the host and matchmaker. It sees one suitor (in this case Brooklyn) find their perfect match based simply on their personality rather than their looks. 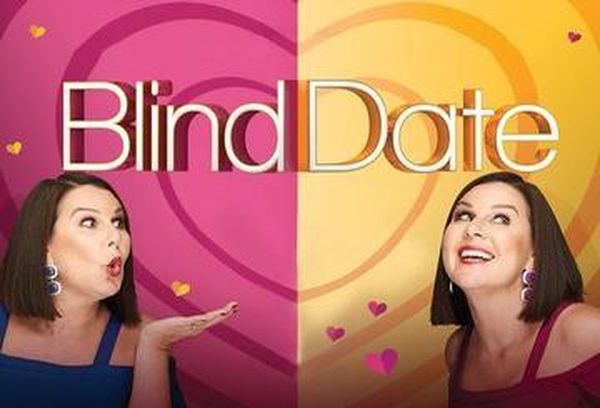 The news was spilled on Kyle and Jackie O this morning when they were teasing that they would be speaking to Morris later in the show. Kyle was telling Jackie all about ‘Blind Date’ when she mentioned that Brooklyn would appear on it.

“Are we allowed to say yet Brooklyn? Yeah because Brooklyn’s going to be on that show. He’s going to be in an episode coming up,” said Jackie.

“I’ll be on in a few weeks,” added Brooklyn.

As the suitor, Brooklyn was presented three people as potential dates. While hidden behind a wall, the three had to answer questions about themselves before Brooklyn had to choose just one to take out.

While chatting with Julia Morris just after this announcement, she told us that Brooklyn had a great bunch to choose from!

“He gets to choose between three gorgeous guys,” said Julia. “All three of them are delicious.”

“There is a stand out one, I thought, in hindsight.” added Brooklyn.

‘In hindsight’?? Does that mean the one he chooses wasn’t the one he would’ve chosen if he had seen them before the door slides?

We will all have to wait and see in a couple of weeks on the Blind Date.