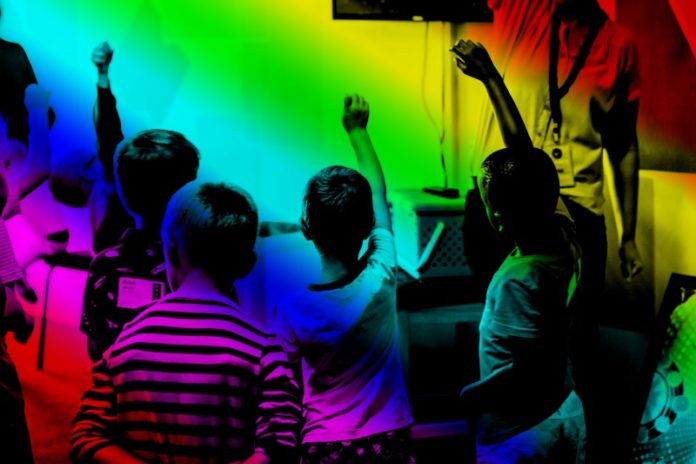 A majority of British people (60 per cent) believe it’s right to teach primary school pupils about different kinds of families, including same-sex parenting.

Among young people aged 16-24, this figure increases to over two thirds (68 per cent) who support LGBT-inclusive teaching.

The figures provided by nfpSynergy highlight how attitudes towards LGBT-inclusive education have shifted since Stonewall was founded 30 years ago to lobby against Section 28.

This legislation effectively banned conversations about same-sex relationships in schools and ushered in a dark era where LGBT young people and teachers were forced to hide who they were.

Even though Section 28 was eventually repealed, its devastating impact is still felt in schools today.

Stonewall’s 2017 research found that two in five LGBT pupils (40 per cent) are never taught anything about LGBT issues at school, while almost half (45 per cent) are bullied for being themselves.

As part of the charity’s 30th birthday celebrations, Stonewall is calling on the public to ‘come out’ in support of LGBT-inclusive education.

People are being asked to share why LGBT-inclusive education matters to them and write to their local authorities in support of the incoming regulations for teaching Relationships and Sex Education (RSE).

“It’s incredibly powerful to see such a big proportion of the British public supporting the new legislation,” said Twocock.

“This move towards inclusive teaching marks the beginning of the end of the long shadow cast by Section 28, and is something Stonewall has been working towards since we were founded 30 years ago.

“We owe it to the next generation to ensure our schools are a place where all children and young people can be themselves.

Stonewall works with over a thousand schools, including over 600 faith schools, to deliver an LGBT-inclusive curriculum and tackle homophobic, biphobic and transphobic bullying in schools.

“It’s essential the government invests more in training and resources to better prepare teachers and schools to deliver high-quality LGBT-inclusive teaching now and in the future.

“We need more people from all walks of life to come out for LGBT people and be vocal in their support for inclusive education.”

Lead singer of pop band Years and Years Olly Alexander said there was hardly any mention of LGBT people when he was going through school.

“I had an inkling I was gay from a young age and felt extremely afraid of what that would mean for me. LGBT-inclusive education would have made a huge difference in my life,” said Alexander.

“All schools need LGBT-inclusive education, it can and will save lives.

“Every young person deserves an education that shows them it’s OK to just be themselves and that no matter someone’s sexuality or gender identity they deserve respect.”