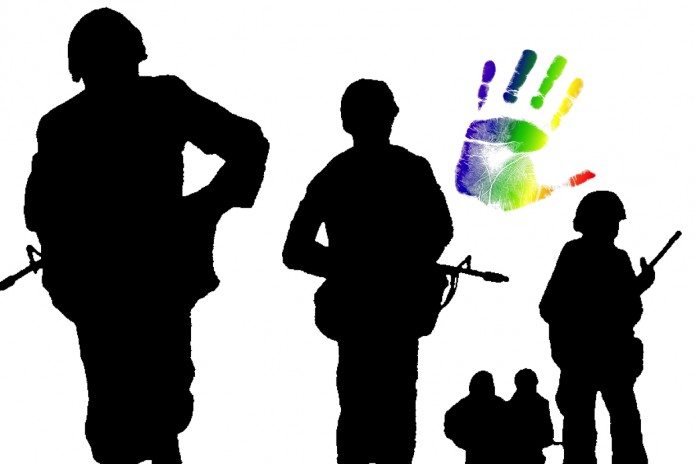 The Armed Forces of Sweden have launched a new Pride campaign, encouraging its service personal to be free to serve openly.

The campaign “Some things you should not have to camouflage” features a poster, that has been distributed throughout the nation depicting a female service person in DPM (Disruptive Pattern Material) uniform blending into a camouflage background.

However on the woman’s shoulder sits a rainbow flag standing out from the uniform and its camouflaged background.

The bottom of the poster has the words “Some things you should not have to camouflage” followed a message from the Swedish Armed Forces saying that equality is an “essential ingredient of democracy”.

“In the armed forces, we treat each other with respect and see other people’s differences as a strength,” the message adds. “We are an inclusive organization where everyone serving andcontributing will feel welcomed and respected.”

The marketing manager for the Armed Forces, Robert Forss said “This should not be seen as controversial or challenging social norms. This should be seen as a completely natural part of our communication with the public.”