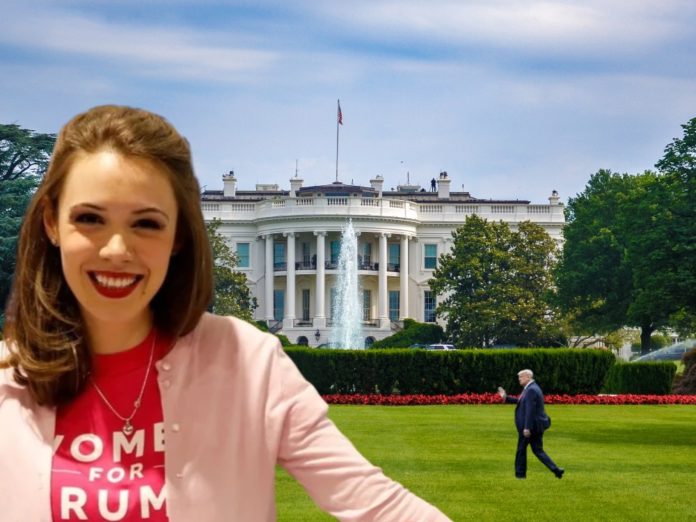 The new member of Donald Trump’s administration who previously said that the United States is in the clutches of a “homo-empire” that pushes a “tyrannical LGBT+agenda,” is now the deputy White House liaison at the US Agency for International Development (USAID) – America’s foreign aid agency.

Corrigan who had previously worked for the Hungarian Embassy in the United States previously described the nations anti-LGBT+ Prime Minister Viktor Orban, as “the shining champion of Western civilisation”.

Additionally, Corrigan has also made multiple statements on both social media and in opinion pieces where she attacked women in the workforce, and abortion.

“It has made a mockery of our real feminine abilities and defiled our bodies, once the sacred possession of husbands who could protect and serve us … It’s time for women to return to the home, where we rightfully belong and where real joy and fulfilment await,” Corrigan claimed in her opinion piece for The Conservative Woman in 2019.

“Family planning is little more than a euphemism for killing one’s unborn child,” she added.

Politico has also reported that the new Trump appointee also wrote on Twitter that “Our homo-empire couldn’t tolerate even one commercial enterprise not in full submission to the tyrannical LGBT agenda.”

Despite the concerns  acting USAID spokesperson, Pooja Jhunjhunwala told Rolling Stone that the agency has a “zero-tolerance policy of any form of discrimination or harassment based on gender, race, sexual orientation, religion or any other possible distinguishing characteristic that can define any of us.”

“All employees are held to the highest of standards and are expected to treat one another with dignity and respect. Period. This includes political appointees, civil servants, foreign service officers and contractors.”