For the first time in Bingham Cup history, Australia was knocked out before the finals and after the heavens opened up overnight, pitches softened for the final day of competition.

London Kings Cross Steelers won the Bingham Cup – with a score of 26 to 0.

Caspar Swanston, Captain of the team said he was ‘pretty ecstatic’ after the win.

“It has been a couple of hard years and it means so much,” Swanston said. “The win is for all the players, volunteers, physios who contributed.”

“Having been part of the first Mark Bingham Memorial Cup, we’ve been hunting for this trophy for over 20 years, with lots of near-misses.

“This win is a tribute to the hard work of every member of the London Kings Cross Steelers who played, coached, fundraised and supported our club – this is not just a win for our first team but our whole club – proof that we believe that rugby is for all. We could not have done it without some great sponsors and will be celebrating with them. We look forward to defending our title in two years!”

The Baltimore Flamingos won the Challenger Cup with a score of 13 to 8. The captain of the Flamingos said it was such a surreal and nice feeling to be in a different country to work as one unit and win.

Wolves Captain Emilie Létourneau said it was an awesome victory.

*We worked so hard to get here today – almost got it slipping away from the tip of our fingers, but we brought it home,” Létourneau said.

As the organizers began the teardown of the tournament location, Jean-François Laberge, President of the Bingham Cup Ottawa 2022 talked about the journey that was supposed to be a 2-year marathon that turned into a 4-year stop-and-go sprint.

“Thank you to all our volunteers and everyone involved who helped make this important event such a tremendous success,” Laberge said.

“We will bring this extraordinary event to its close by celebrating our community, our champions and our values at TD Place arena tonight.

“I’m incredibly proud of what we’ve achieved in Ottawa: I’ve seen so many new happy faces. It speaks to a renewal and revitalization of our inclusive rugby community.

“Now more than ever, we have shown the world that values of inclusion and diversity, which are both rugby and Canadian core values, are stronger than ever.” 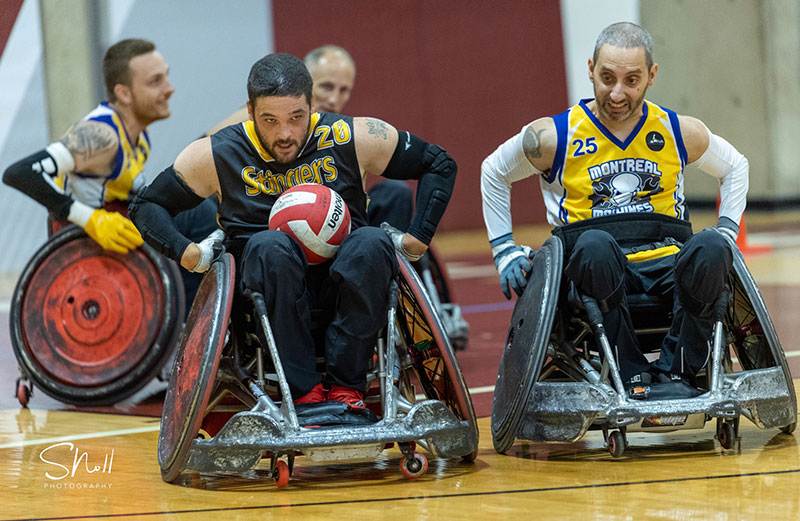