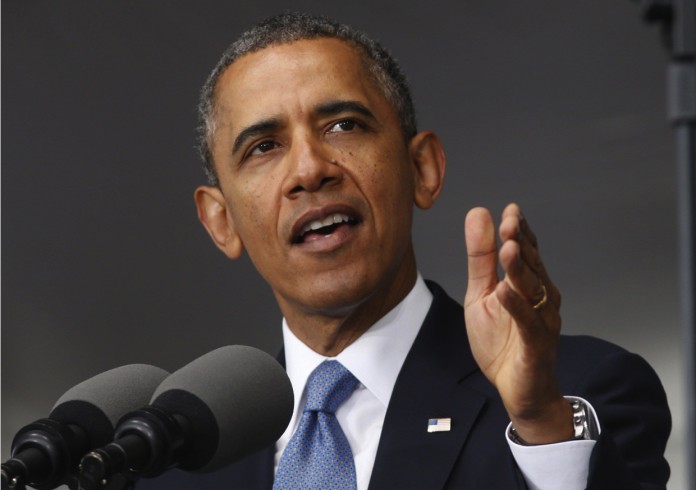 After challenging his African counterparts to make progress on LGBT issues on a visit to Kenya, Ethiopia, and the African Union, United States President Barack Obama when speaking at the Young African Leadership Initiative has urged the young African Leaders to support LGBT rights and compares homophobia to racism.

The three-day summit which takes place in the U.S. Capital Washington D.C, is designed to promote and encourage future leaders within the African community.

The President directly compared homophobia to racism, after speaking about how violence and discrimination against people due of the colour of their skin needs to stop.

“The same, by the way, is true for sexual orientation,” the President continued.

“I spoke about this in Africa, and everybody is like, oh, oh, we don’t want to hear that. But the truth of the matter is, is that if you’re treating people differently just because of who they love and who they are, then there’s a connection between that mindset and the mindset that led to racism, and the mindset that leads to ethnic conflict.”

“It means that you’re not able to see somebody else as a human being.”

Following from those comparisons he also began to allude to the long history of imperialism and oppression in Africa by European powers.

“You can’t, on the one hand, complain when somebody else does that to you, and then you’re doing it to somebody else.”

“There’s got to be some consistency to how you think about these issues. And that’s going to be up to young people, because old people get stuck in their ways.”