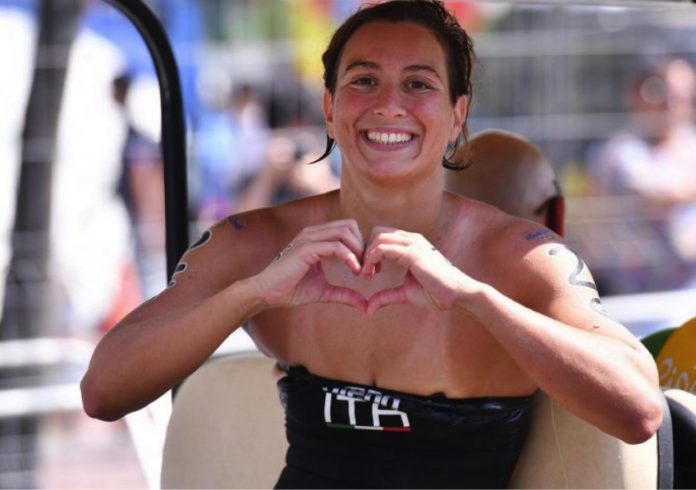 Recently out, Italian Olympian Rachel Bruni has dedicated her Silver Olympic medal to her girlfriend.

The 25-year-old won the silver medal in the 10 km marathon, behind Sharon van Rouwendaal and has dedicated her victory to her family, her coach and her “beloved,” who have “followed and supported” her.

Rachel who later clarified to reporters that she meant her girlfriend, Diletta Faina had only recently come out publicly.

“Undoubtedly there are people who have too many prejudices, but I live peacefully. I do not think about the prejudices, I live for myself, for my passion for swimming and for the people who love me.”

Rachele and Diletta have in the past actively posted photos together on social media, however, had not spoken publicly about their relationship until after winning her first Olympic medal.

Rachel is currently the only out LGBTI Olympian in Italy and joins the record fifty-one openly LGBTI athletes who are competing in the Rio Olympics.