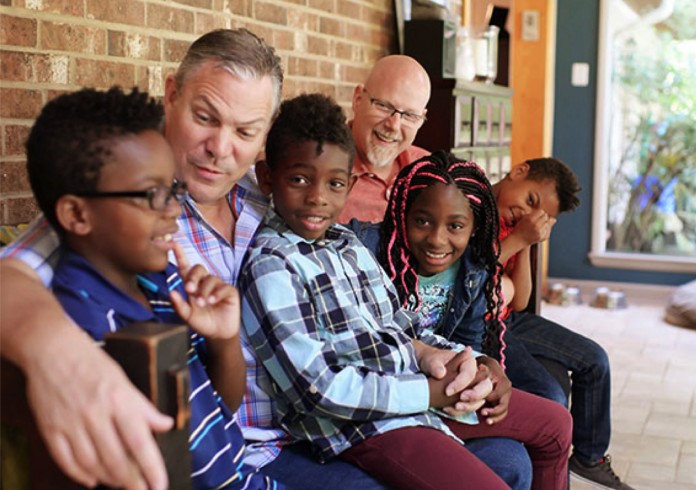 “Pro-family” Christian Campaign group One Million Moms are encouraging people to boycott  American Girl magazine after a same-sex family was featured in an article on foster care.

The article which has been described as “promoting sin” features Amaya, an 11-year-old girl who has been adopted by two gay dads, and explains how the family comes together to make blankets for disadvantaged children, as well as sharing Amaya’s experience of being adopted into a happy home.

In response to the article One Million Moms, launched by the American Family Association, believes parents should boycott the magazine, and unsubscribe from the publication altogether.

“On pages 28-31 of the magazine is an article titled ‘Forever Family’ about adoption from foster care, which would have been wonderful if they had not decided to include a large picture of a girl with her two dads, Daddy and Dada, and three other adopted children,” they explained on their website.

The group stresses that while they support adoption, due to its appearance in the Bible in Psalm 82:3, they would have preferred if the magazine had chosen another child and family to feature.

“American Girl is attempting to desensitize our youth by featuring a family with two dads.”

“If your child has not seen this yet, then be careful she is not exposed and can avoid a premature conversation she is far too young to understand.”

“We must remain diligent and stand up for biblical values and truth. Scripture says multiple times that homosexuality is wrong, and God will not tolerate this sinful nature.”

Speaking to the Washington Post, Amaya’s father, Rob Scheer is saddened to see the reaction from the group.

“How could somebody hate us so much in their heart by looking at our kids?”

Scheer explains how One Million Moms have missed the point of the article, and points out that the article is not “about two gay men.”

“It’s about kids in foster care that are carrying trash bags with their belongings … that’s not acceptable.”

One Million Moms latest boycott becomes one of many attempts to “fight indecency” and follows calls to boycott of a range of companies and organisations who have supported LGBTI causes including Doritos, Campbell’s Soup, Office Depot, and television show The Muppets.