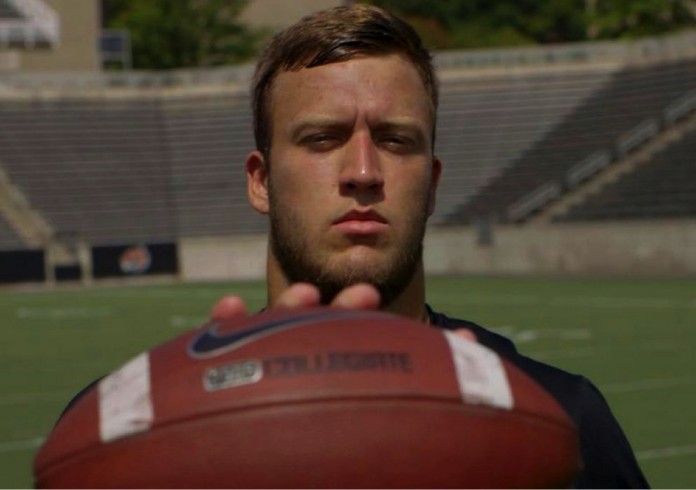 College Football player, Mason Darrow who publicly came out as gay, said he never struggled with the morality of being gay however “never figured he could actually be queer”, as he felt disconnected from the gay stereotype he saw portrayed in the media.

Darrow who is an offensive lineman for the Princeton Tigers, NCAA Division I team, says he decided to publicly come out to “empower other gay football players” and to challenge stereotypes.

At present, Darrow is believed to be the only openly gay player in major college football.

Speaking with Outsports Darrow says that his disconnection from the gay stereotype continued through High School, where he often hid his sexuality and struggled to understand his orientation as he believed that his athleticism and sporting ability “was not the life of a gay man”.

I like football. It just made it harder to figure out I was gay because I didn’t fit into the stereotype.

As a result Darrow admits that he still doesn’t “identify with the gay community very much”.

In 2014 Michael Sam became the first openly gay player to be drafted in the NFL.

Darrow says that the positive and encouraging reaction from his teammates to his coming out has been “hugely empowering” he believes that telling his teammates “was the best decision” he had ever made.