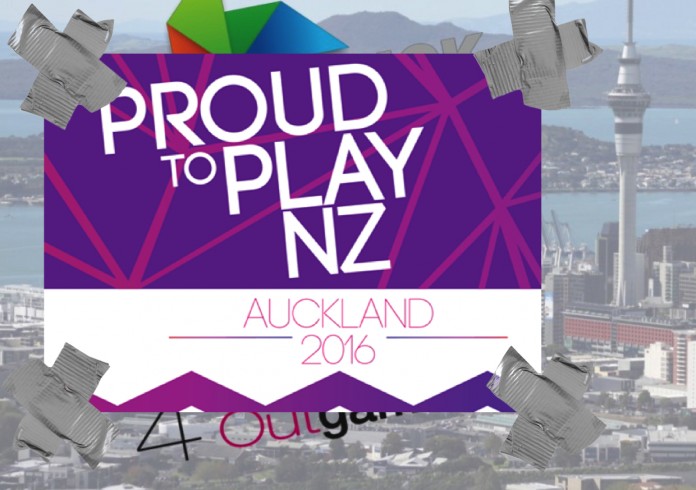 The 4th Asia Pacific Out Games that was scheduled to take place during the month of February 2016 to coincide with the Auckland Pride Festival is now officially off the cards and is to be replaced with a new LGBTI sporting event called Proud to Play.

Proud to Play will host a range of sporting events conducted over one week running concurrently during the 2016 Auckland Pride Festival.

Craig Watson who was part of the Out Games working group, and is now part of the team organising Proud to Play spoke with Eikōn regarding the decision.

“After GLISA-AP had decided to withdraw their licence for the 4th Asia Pacific Out Games, we decided that too much work, energy, and planing had gone into creating an LGBTI sporting event in Auckland for things to simply wind down.”

The majority of the sports and events planned for the 4th Asia Pacific Out Games will now become part of Proud to Play as the foundations had already been set.

“Since the majority of events had already been organised and agreed upon, we have been able to transfer them over from Out Games to Proud to Play, ensuring that Auckland will still host a LGBTI sporting event in February 2016.”

Watson would also love to see the event carry on into the future and become a regular fixture on the New Zealand LGBTI calendar.

“I believe Proud to Play compliments an already fantastic festival in Auckland and adds value to the lives of LGBTI people throughout New Zealand.”

GLISA-AP (Gay and Lesbian International Sports Association – Asia Pacific Board) announced that the 4th Asia Pacific Outgames will no longer be supported by the organisation, however they “appreciate all the hard work that the new working group put in to date to promote the brand after the resignation of the original games board and organising committee.”

In mid-August the new working group that had taken over the organising and management of the Out Games after the previous board resigned had been given a series of “milestones” as a “last opportunity” by GLISA-AP to deliver the event.

With the milestones having to be completed by 31 August 2015 GLISA-AP acknowledged that it was “a challenging task to ask of the working group to make significant progress toward resolving all these matters.”

“The working group and I tried our best to meet GLISA-AP’s deadlines, expectations and criteria however sadly we fell short in the allocated timeframe,” Mr Watson said.

GLISA-AP have communicated that they intend to support and promote the Proud to Play event in Auckland 2016.