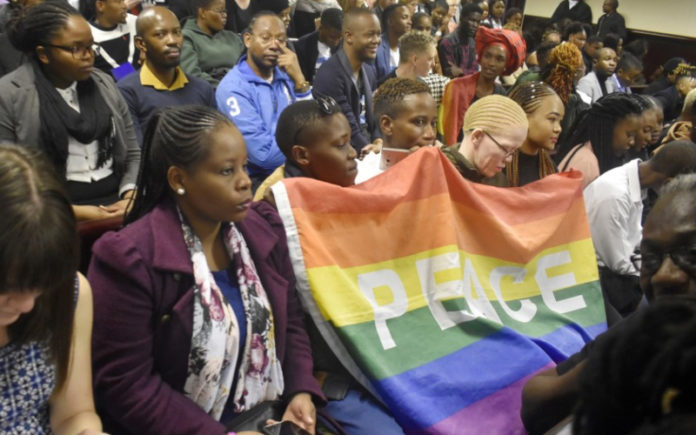 Politicians in Botswana have been accused of promoting and endorsing homophobia by the local LGBTI community, following a series of anti-LGBTI slurs being used against political opponents.

The slurs which follow a recent ruling that legalised homosexuality in Botswana have been condemned by LGBTI rights group, Legabibo who say that “hate, disrespect and exclusion” are not part of Setswana culture.

According to reports, the slurs have mostly originated from independent parliamentary candidate Jafta Radibe, who said that “homosexuality is not a Setswana culture” and that “the President of the Republic of Botswana owes the nation an explanation how he came to legalize same-sex relations.”

Radibe also added that the recent court ruling decriminalising homosexuality in Botswana “didn’t go through parliament and went through a backdoor.”

Following his statements, Radibe has since been accused of undermining the legitimacy and independence of the courts and criticised for spreading homophobia.

“Sexual diversity has been with us since the beginning of time and one identifying as LGBTIQ is natural,” commented Matlhogonolo Samsam, Media Advocacy & Communications Officer for Legabibo.

“The judiciary plays a vital role in ensuring that laws are followed and constitutional rights of all Batswana are protected,” Samsam added.

“Community leaders need to acknowledge the diversity of our society and that all Batswana are entitled to enjoy their fundamental rights to freedoms of expression and identity and the rights to liberty and sexual autonomy.”

The Botswana High Court made history when it found that criminalising homosexuality is unconstitutional on the 11th of June 2019. Despite the ruling, an appeal has since been lodged by the nation’s attorney general.