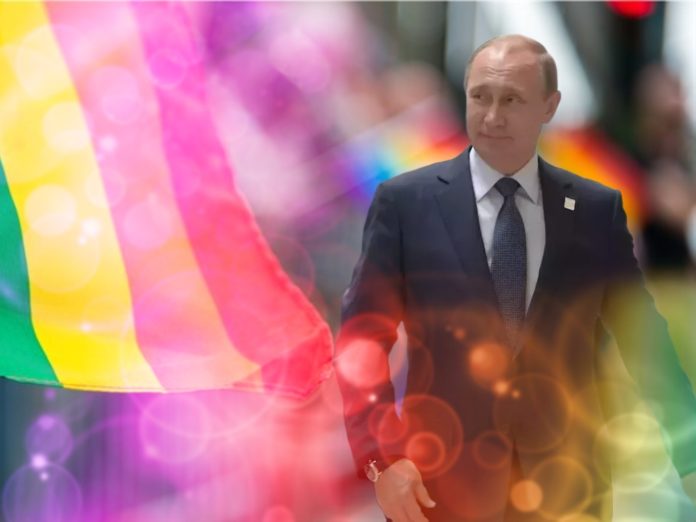 While the Russian population’s attitudes towards the rainbow community remain overwhelmingly negative, a new poll has indicated that progress in tolerance and acceptance may be occurring in Putin’s Russia.

The new poll which was conducted by Moscow based research company The Levada Center, interviewed more than 1,600 people across 50 different regions of Russia, found that a disturbing 18% of Russian people believe gays and lesbians should be “eliminated,” a number that is down from 21% in 2015.

The poll has also shown that while 32% of respondents believe that queer people should be “isolated from society,” that number has also decreased from 37% in 2015.

Other information obtained includes the increase of support for LGBT+ rights to 9% from 6%, and increase in people who believe that LGBT+ people should be “left alone” from 24% to 32%.

Unsurprisingly, the poll has since come under fire from LGBT+ advocacy groups including Russia’s largest the Russian LGBT Network, who has highlighted the inappropriate use of such terminology as “eliminate.”

“It is very scary and very worrying,” the organisation’s communications manager told NBC, highlighting that militant anti-LGBT+ groups in Russia “are very active and very aggressive and very visible, and they feel supported by the government.”

In defence of the criticism, one of the study’s researchers, Ekaterina Kochergina, told NBC News that the context of “eliminate” in that question was intended to mean “to make something disappear from your reality,” however, it remains unclear how the question was actually interpreted by many of the respondents.

Russia’s current legislation on ‘gay propaganda’ subjects its citizens to fines of up to 5,000 rubles, with public officials being liable to fines of up to 50,000 rubles if they are deemed to be promoting “non-traditional relationships,” or promote any discussion of LGBTI issues in any medium or space where it could be seen or heard by children.

Organisations or businesses operating in Russia who breach the legislation can also be fined up to one million rubles and can be forced to stop trade for up to 90 days.

Non-Russian citizens can also be arrested and detained for up to 15 days before prior to deportation if found to be in breach of the legislation. They may also be fined up to 100,000 rubles.