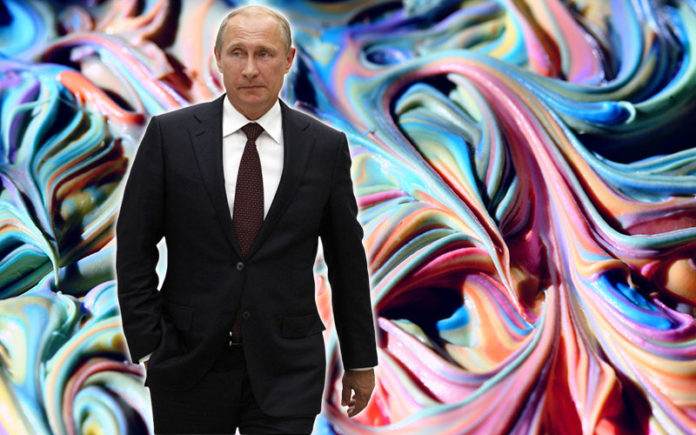 Russian President Vladimir Putin has been urged to ban the sale of a rainbow-coloured ice-cream because it allegedly violates Russia’s “gay propaganda” law.

Yekaterina Lakhova, an MP and the head of Russia’s Union of Women, told the Russian President that advertisements for the green, indigo, yellow and violet ice-creams could result in children becoming “accustomed to” the LGBT movement’s rainbow-coloured flag.

“I have the same negative feelings about the rainbow as I do about the swastika,” Ms Lakhova, 72, said.

She added she would consult experts to determine if packaging for Rainbow ice-creams contained “forbidden” images.

Mr Putin said action should be taken if the advertisements were found to be in violation of the law.

Homosexuality is not a criminal offence in Russia but it is forbidden to “promote non-traditional sexual relations” to children.

The Chistaya Liniya company that produces the ice-creams, the same company that President Putin gifted their ice-cream to the Chinese President on a recent visit, denied it was secretly encouraging children to become interested in LGBT issues.

“For us, a rainbow is the sun after the rain and a good mood,” said deputy director Armen Beniaminov.

He added, however, that the company would comply with any law barring images of rainbows.

Social media users posted that the Kremlin would soon ban the rainbow from the sky above Russia. Others pointed out that Rainbow is a common name for childcare centres.