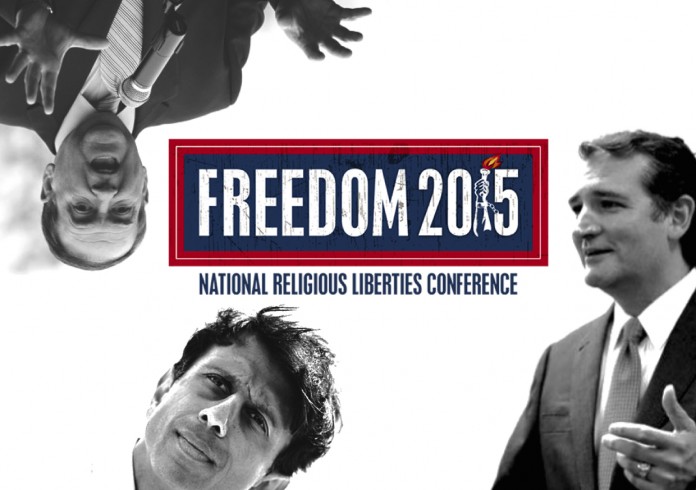 Paster Swanson, who in the past has blamed natural disasters on homosexuality, claimed that Girl Scout cookies have the ability to turn girls into lesbians, and urged people to hold up signs telling same-sex couples to die on their wedding day, announced his claims to a crowd attending the National Religious Liberties Conference, in Des Moines, Iowa.

“There are instances in which both the Old and New Testament speak to the matter with unbelievable clarity. You know what that sin is, it’s the sin of homosexuality.

“In fact in Romans 1 Paul affirms that this particular sin is worthy of death. The Old and New Testament, I believe both speak with authority and we outta receive it.”

The passionate priest also advised parents of homosexual children what to do in the event that they are invited to their child’s same-sex wedding.

All three Republican presidential candidates in attendance have repeatedly spoken out against same-sex marriage and often used their religious views as their reference.