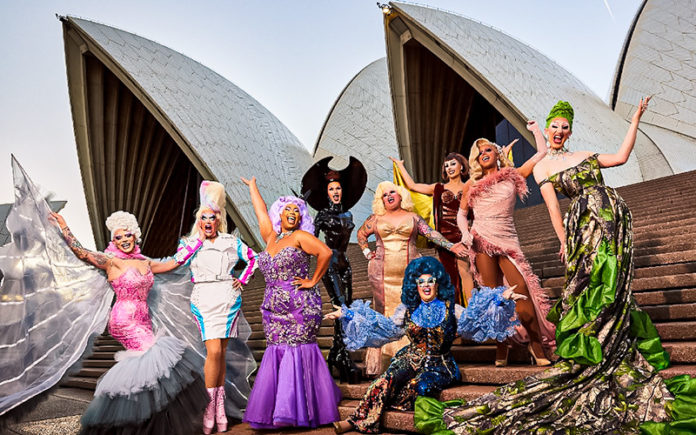 The Big Day…and Night has arrived for all RuPaul’s fans as the premiere of RuPaul’s Drag Race Down Under hits our screens across the globe.

This week the queens from Australia and New Zealand have been attending exclusive blue carpet events on both sides of the Tasman Sea, thanks to the flight bubble that opened a few weeks ago, and the scene is set for viewing parties in both countries and all parts of the world tonight.

As shown on Gay Nation just as filming finished the cast includes three New Zealand queens, Anita Wigl’it, Elektra Shock and Kita Mean to reflect the fact that the 8 part series was filmed entirely in Auckland.

“RuPaul’s drag race to some may seem like kids dressing up in frocks, putting make-up on and being outlandish or being political, but it’s so much more than that,” Visage explained.

“It’s about the tenacity of the human spirit, it’s about stick-with-it-ness and grit and determination and despite all odds overcoming.”

Nicholson said it was the type of show no one could watch an episode and not think it’s the favourite thing in the entire world.

“What I love about Drag Race Down Under is the same cheek you would find in say Europe and that’s how it differs from America,” Visage said.

“I love seeing drag wherever I go from every part of the world.”

After spending six weeks in New Zealand filming the show Visage is keen to become a Kiwi.

“Can I get a passport please?” Visage asked interviewer Laura Daniel

Daniel replied, “Yeah I can arrange that, I’m very good at photoshop.”

Visage followed up laughing and winking, “No not that kind, don’t get me in trouble.”

Filming began in late January for the first season of the series will be shown in Australia on Stan, in New Zealand on TVNZ Two and across the globe through the World of Wonder Network of stations. And the first episode drops TODAY.

At the World Premiere held at the Sydney Opera House on Friday night the Down Under Queens mixed with Australian and New Zealand celebrities.

TV Tonight in Australia spoke with two of the queens and Art Simone was tight-lipped on what was in store in the upcoming season, filmed in New Zealand.

“It was crazy. It was unforgettable. It was intense. We’ve watched it for 12 or 13 years, and you think you’ve studied every single aspect of it, you know exactly what it’s going be like,” Art Simone said to TV Tonight.

“I’ve worked in TV before on The Bachelor I was in charge of the date. I’ve seen how Reality TV works, but this is so different. They have a very well-oiled machine now. It’s fabulous.”

Etcetera Etcetera said filming the series was a ‘whirlwind.’

“The producers approached me and asked if I’d like to audition. I said yes and then it happened. It was kind of a crazy few weeks of them asking me questions, but you’ll just have to watch and find out!”

Official RuPaul’s Drag Race Down Under Cast below. 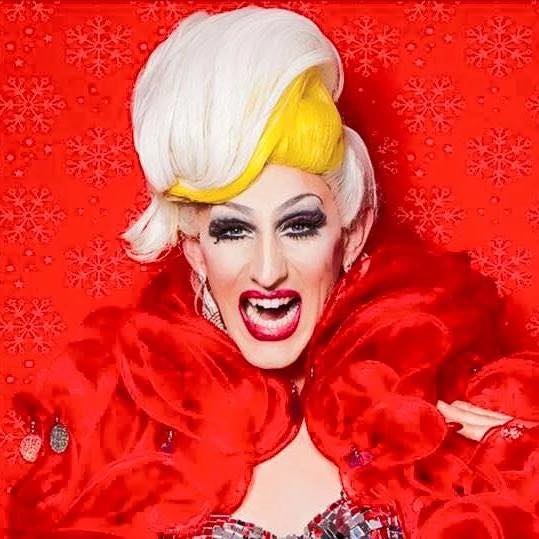 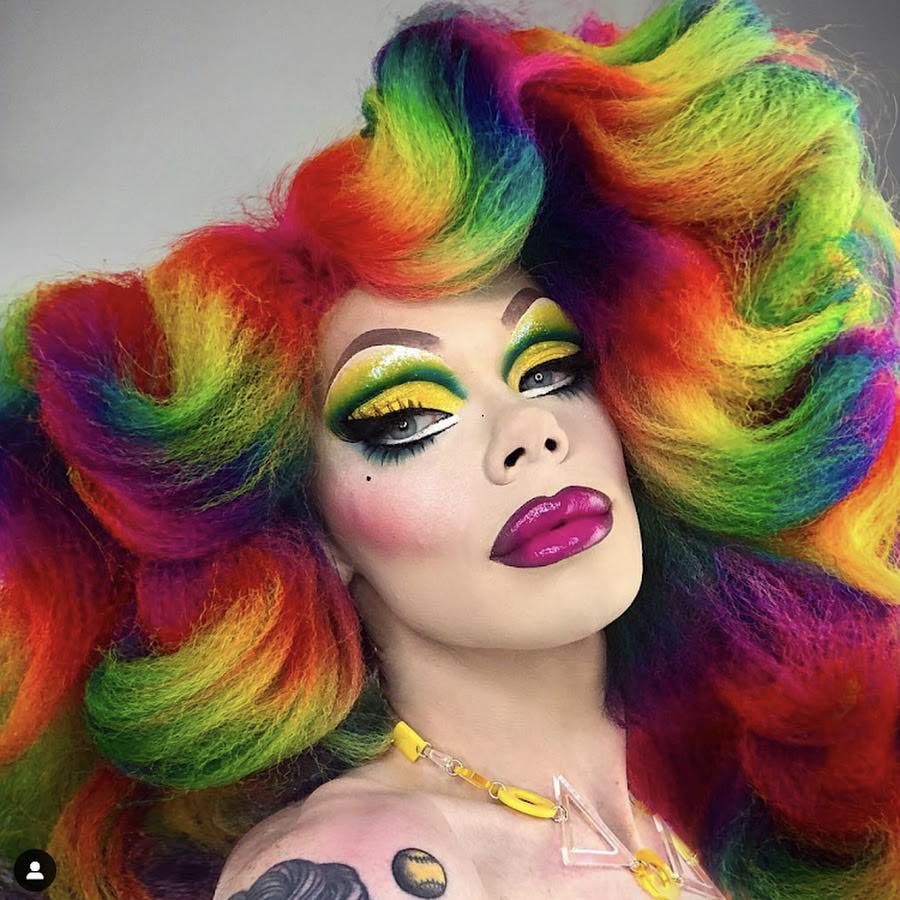 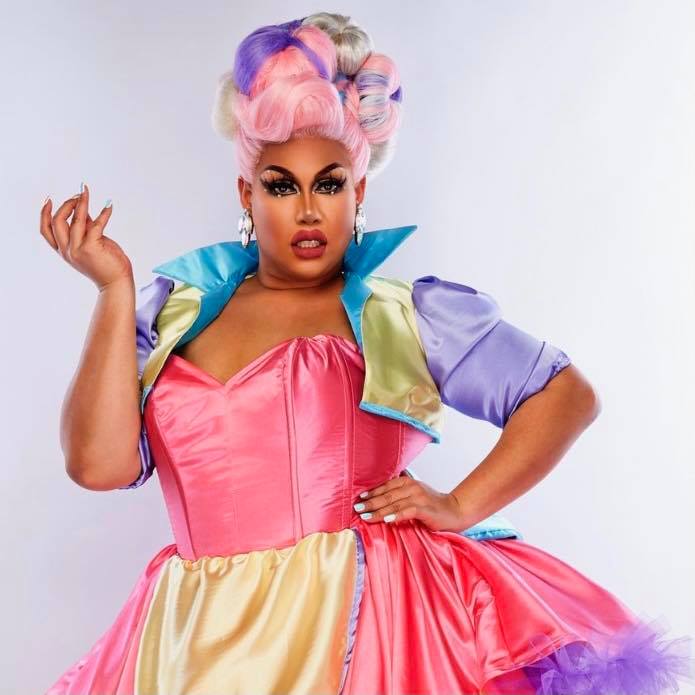 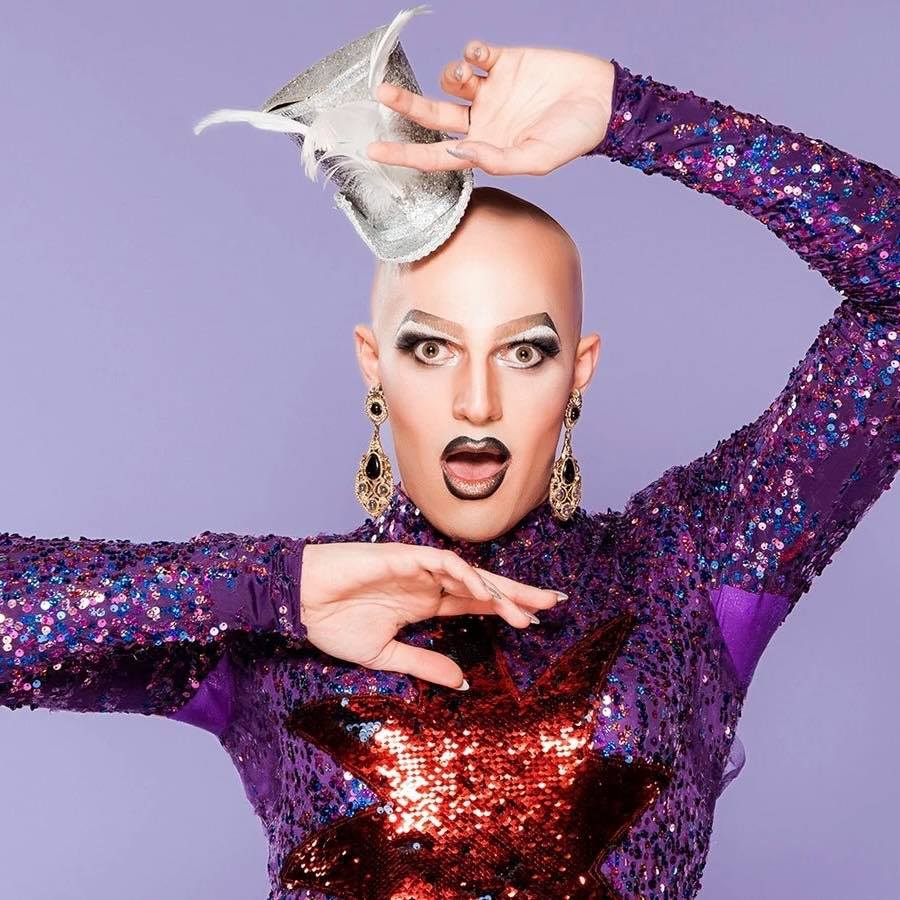 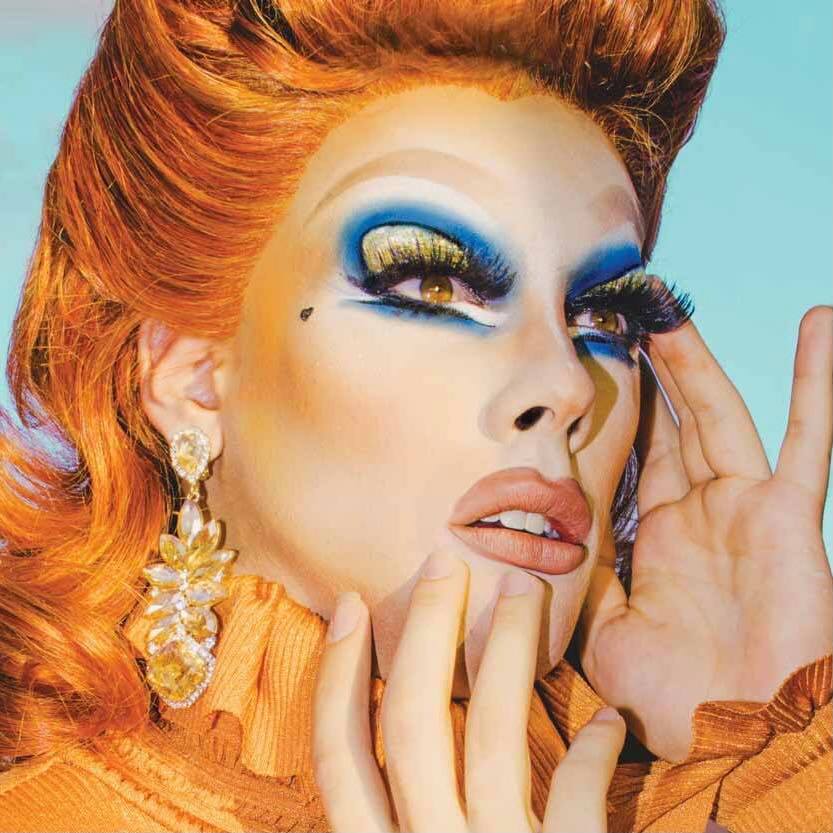 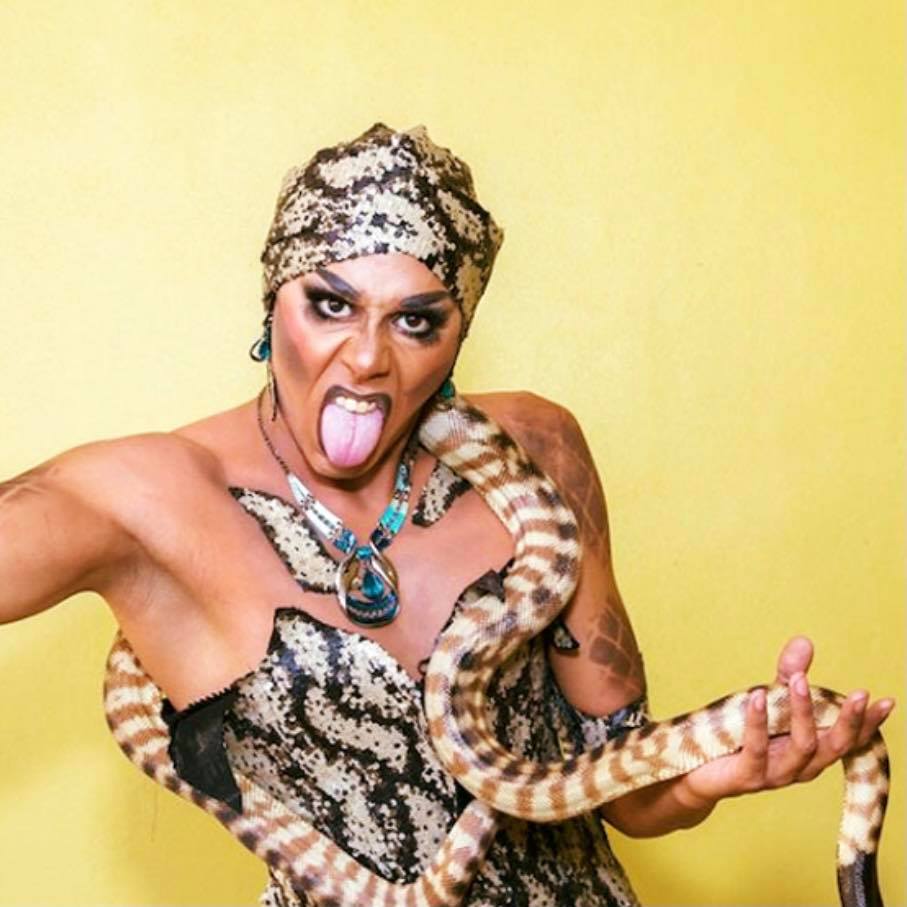 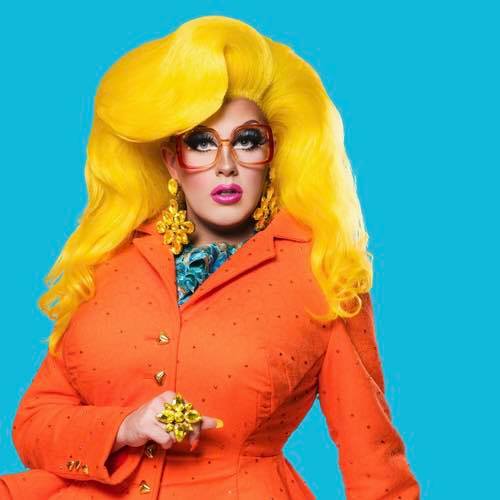 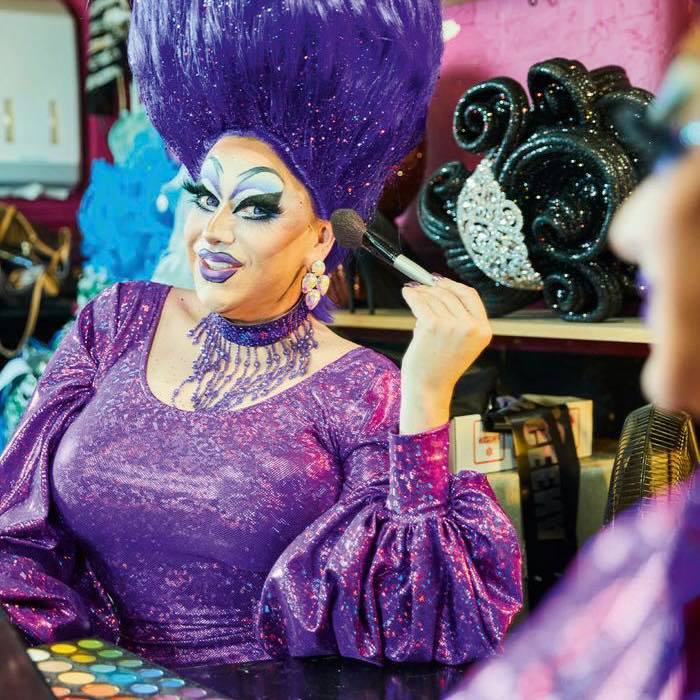 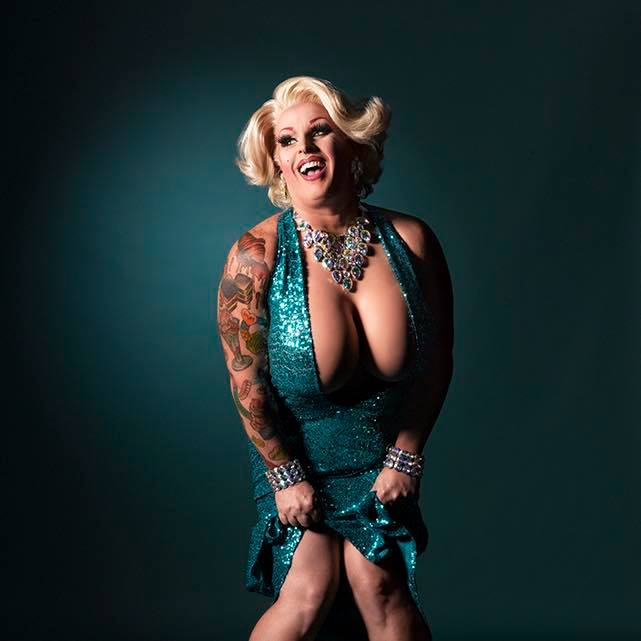 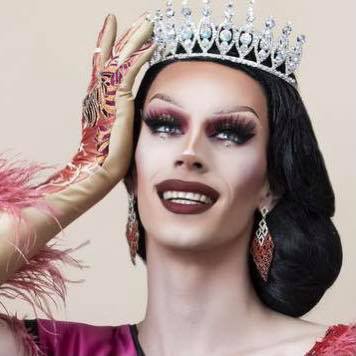