The 2021 Sydney Gay and Lesbian Mardi Gras Parade will be the stage for the official unveiling of RuPaul’s Drag Race Down Under queens after the names were leaked last month.

The Down Under series, which was filmed in Auckland during January and February this year, will include eight episodes and is the first-ever local version of the global hit series.

The highly anticipated local version of the most awarded reality competition show in history will be hosted by RuPaul, with co-judge and Drag Race veteran Michelle Visage by his side.

The competitors of RuPaul’s Drag Race Down Under represent the diverse backgrounds and different styles of drag in Australia and New Zealand. Stan Original Series will challenge the queens to put on their own unique spin when serving looks on the runway, competing in mini and maxi challenges, throwing shade and/or sharing heartfelt moments, and of course, doing whatever it takes to win the “lip-sync for your life” battles.

In a video launched by Australian streaming service Stan, Michelle Visage has announced they will be announcing the Queens at the Mardi Gras parade this coming Saturday night.

“Hello Australia, it’s me, Michelle Visage,” Visage started on the video which is geo-blocked to Australia only.

“Now we all know you love a big surprise so we have some major news for you.

“We will be revealing the queens of the Stan original series RuPaul’s Drag Race Down Under at the Sydney Gay and Lesbian Mardi Gras Parade this Saturday, March 6.

The Mardi Gras remains one of the world’s largest and most-loved LGBTQI+ celebrations – and on parade night, Stan will reveal all of this season’s queens and will celebrate with the community by participating with its very own Drag Race float.

In line with the show’s themes, Stan’s float spreads the message of love and being the best version of yourself. One of Ru’s most iconic sayings is “If you can’t love yourself, how in the hell are you gonna love somebody else?” 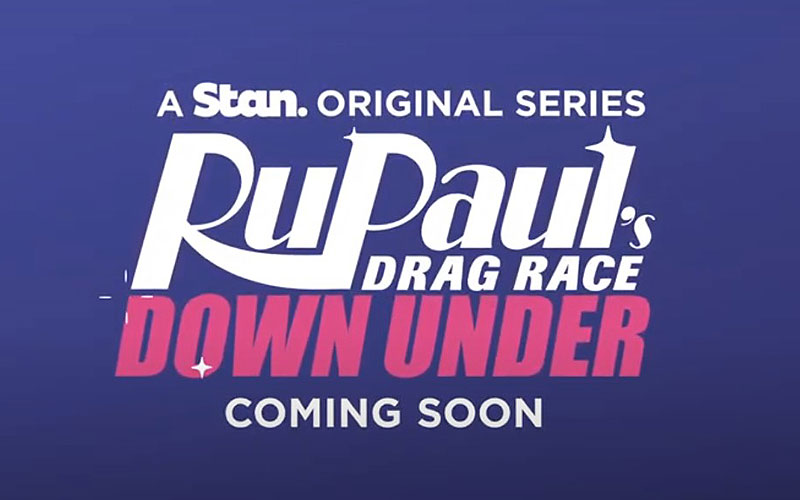 “We look forward to our partnership with Mardi Gras and being part of parade night to launch our local queens and celebrate with everyone.”

It is also rumoured that RuPaul will actually appear on the float for the announcement as he is spending time down under with his partner and his family.

The Stan Original Series RuPaul’s Drag Race Down Under will premiere in 2021, on Stan in Australia, TVNZ One in New Zealand and across the globe on the World of Wonder network.

See the announcement on your gay nation below