The news we’ve all been waiting for, the second season of RuPaul’s Drag Race Downunder will premiere globally on Saturday 30 July 2022.

Not long until Mama Ru, Michelle Visage and Rhys Nicholson return to our screens to critique and mentor a new slew of outrageously fierce and fabulous queens from Australia and New Zealand all vying to snatch the Season 2 crown and be the next Down Under Drag Race Superstar.

The highly speculated new cast of queens competing in Season 2 is still officially under wraps, along with extra special guest stars, but they will all be announced soon. 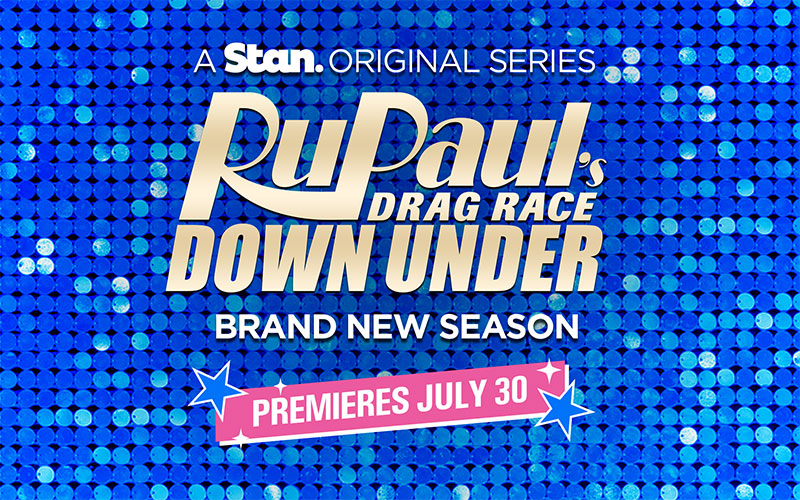 RuPaul officially launched the countdown with a special message to Australian and New Zealand audiences today.

The Stan Original Series RuPaul’s Drag Race Down Under is a World of Wonder production in collaboration with Warner Bros. International Production New Zealand for Stan and TVNZ.

The brand new season of the Stan Original Series Rupaul’s Drag Race Down Under will premiere Saturday 30 July, on Stan in Australia, TVNZ+ in New Zealand and across the globe on the WOW network.