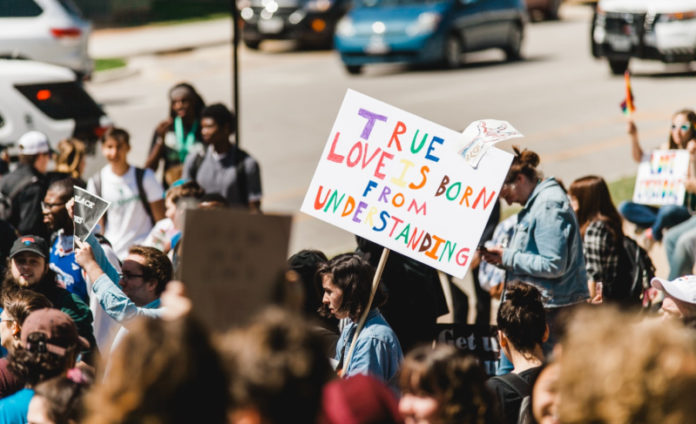 Students at a Catholic high school have staged a walkout following the school’s teachers threats to out a gay classmate to her parents.

The teachers at the Californian school are reported to have attempted to blackmail the student if she refused to attend counselling for her sexual orientation.

Speaking to BuzzFeed News High school senior Magali Rodriguez claimed that administrators at Bishop Amat Memorial High School in California banned her from dating her girlfriend before forcing her into disciplinary meetings and counselling with the school psychologist.

Rodriguez who has attended the Catholic school for three years, says she came out to her “accepting” classmates in middle school and began her relationship with another student when she was in ninth grade.

Rodriguez says that she and her girlfriend were the only openly LGBTQI couple out of 1,300 co-ed students, “I was surrounding myself with people that were really involved in their religion, but still accepting.”

“So I never thought there was anything bad about it.”

Since BuzzFeed News’ reporting of Rodriguez’ ordeal, Bishop Amat students decided to stick up for their fellow classmate and organised a walkout in protest of the way Rodrigues had been treated.

Speaking with BuzzFeed News several students explained that they were not aware of the homophobic actions taken by the school until the heard of BizzFeeds initial report.

“I never would’ve imagined Amat to be an environment like this,” said one student, who declined to be named.

“Once I started to read about the article I was in full shock. I decided to walk out to stand up for her.”

It is reported that around 200 students staged the walkout from the seventh period until the end of school.

“I feel as if the principal knew they messed up. Before the bell rang for lunch he made an announcement saying he was aware of the news article,” the same student said.