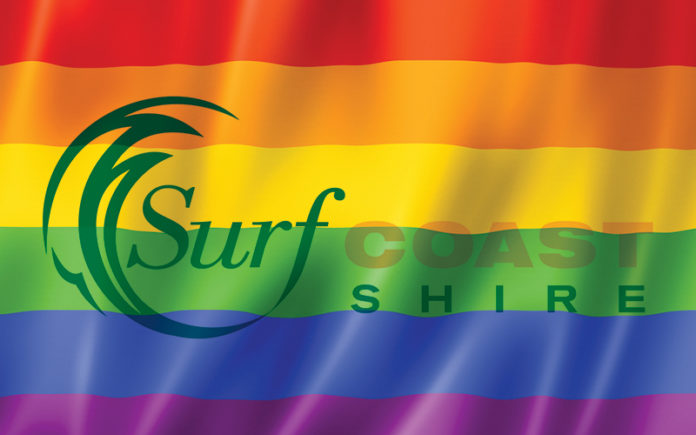 A local council on the Surf Coast of Victoria has put their support behind marriage equality in Australia and passed a motion to fly the rainbow flag on their headquarters until same-sex marriage is made law in Australia.

Councillor Rose Hodge, who has been on council for 14 years and been the mayor three times, led the motion into the council chambers in Torquay on Wednesday night and after a debate of more than 20 minutes was passed 4-3 in favour of the motion.

The flag will now start flying on May 17, which marks International Day Against Homophobia, Transphobia, and Biphobia (IDAHOT) and continue until a time, if and when, the Federal Parliament passes marriage equality.

Speaking to Eikon today, Cr Hodge praised her fellow councillors for a decision that will bring her community together and be inclusive.

“We take on white ribbon day, we are a welcome refugee zone, that’s not rates, roads, and rubbish. It costs nothing but it includes people that aren’t usually included.

The decision by the Surf Coast Shire follows a similar decision by Waverley Council in Sydney last May which now proudly flies the rainbow flag at their headquarters in Bondi and will do so until same-sex marriage is legal.

“Every council has a council plan and most council plans say we want to bring all of the community together and be inclusive,” said Cr Hodge.

“And I think a good council with leadership shows that we bring together groups of minorities.”

“To me, marriage equality is about human rights but also about local government being a local voice for the federal government to hear to represent the people we care about.

“We’ve got to be inclusive but we can’t be ridiculous. We’ve got to look at the big social issues. The biggest social issue to our Shire at the moment is marriage equality.

“When I got together with a group of community people at Torquay they said what else can we do, that is no cost to Council.

Support for the decision has flooded in to Councillor Hodge this morning with other councils suggesting they are looking to do the exact same thing.

Councillor Hodge claims it shouldn’t just be councils but all different community organisations.

“I think it will start a ripple effect. Imagine if a football club put it up, how fantastic would that be.

“Ive had some wonderful feedback today saying how inclusive, that its showing leadership. Of course Ive had some horrible people and trolls this morning as well but thats life.

“If I can make some people happy thats what I want to do.”