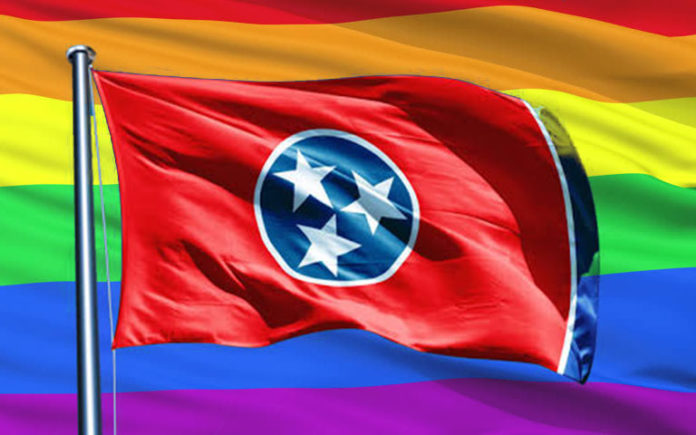 An anti-LGBTQ clerk is urging Tennessee clerks to disregard the Supreme Court ruling for marriage equality.

Clerks in Tennessee have been operating under the assumption — one widely held by just about every legal authority — that they’re bound by the U.S. Supreme Court to grant marriage licenses to same-sex couples, but one anti-LGBTQ lawyer in the state is now telling them they’re doing their job wrong.

Nearly five years after the U.S. Supreme Court ruled for same-sex marriage nationwide, all 95 county clerks in Tennessee received a letter this week informing them they should be operating instead under the state constitution law that makes “void and unenforceable” any policy or law “purporting to define marriage as anything other than the historical institution and legal contract between one man and one woman,” according to the Family Action Council of Tennessee.

The letter was composed by David Fowler, general counsel for the Government Defense Fund, a sister organization to the Family Action Council.

Just about everyone else would say marriage rights for same-sex couples are guaranteed by the U.S. Constitution as a result of the U.S. Supreme Court’s landmark decision in 2015 in Obergefell v. Hodges.

Among the plaintiffs in that very consolidated lawsuit were same-sex couples from Tennessee. In the case of Tanco v. Haslam, those couples sought to have Tennessee recognize their marriages performed out of state.

Although the U.S. Sixth Circuit Court of Appeals ruled against them, the U.S. Supreme Court overturned that ruling in the Obergefell case.

Fowler’s reasoning for disregarding that decision is very technical and legally dubious.

It seems to rely on a legal memo Tennessee Attorney General Herbert Slatery filed in federal court calling for a limited injunction to the same-sex marriage ban that would not “seek the wholesale invalidation” of marriage statutes. Trauger’s final injunction doesn’t seem to address that and instead relies solely on the Obergefell decision.

That means, according to Fowler, the law is still in operation. To back up his assertion, Fowler goes back to 1984 and cites an opinion at the time from a Tennessee attorney general who opined state officers must consider a statute to be constitutional and in effect “until it is declared unconstitutional by a court of competent jurisdiction.”

“It is indisputable that no court has declared the provision in Tennessee’s Constitution unconstitutional and enjoined its enforcement,” Fowler said in a statement.

“So, if this is the opinion of the attorney general, then it should apply with even greater force when it comes to interpreting how a decision of the U.S. Supreme Court regarding another state’s law applies to Tennessee’s laws.

This seems especially true when Judge Trauger could have chosen to enjoin enforcement of the state constitutional provision in question and didn’t do so at the attorney general’s urging.”

It’s absolutely untrue no court has enjoined enforcement of the Tennessee ban on same-sex marriage. Trauger, in fact, issued a final injunction against the constitutional amendment in August 2015 after the Obergefell decision.

Although Fowler didn’t explicitly threaten any legal action against the clerks, he says he’s representing ministers who are considering “what steps should next be taken by them…to be assured that they are not affirming a form of civil marriage contrary to their beliefs.”

Asked by the Washington Blade via email whether he intends the letter to lay the groundwork for litigation compelling the U.S. Supreme Court to revisit Obergefell, Fowler said his purpose was more limited in scope.

“The purpose of the letter was simply that which was stated, to call to the attention of our county clerks the constitutional fact that the provisions in our state constitution applicable to marriage licenses have not been enjoined by a court or repealed by vote of the people, meaning they have not been excused from complying with it and, because they are purely administrative officials, they have no judicial authority to interpret the U.S. Constitution or the Tennessee Constitution or to interpret licensing statutes in light of the language in the two Constitutions and the Obergefell ruling,” Fowler said. “They are not judges.”

The Tennessee attorney general’s office didn’t respond to the Blade’s request to comment on Fowler’s letter.

“This is a political stunt, not a serious legal threat,” Minter added.

“If Fowler actually followed through on filing a lawsuit, it would be thrown out.  Marriage equality is the law of the land, including in Tennessee.”

The letter to clerks wasn’t the only step Fowler has taken in recent days. Last month, he filed a separate petition with the Tennessee Department of Health on behalf of several ministers questioning the constitutionality of the state marriage licenses they sign upon performing a marriage ceremony.

Fowler calls on the agency to void the current Tennessee marriage license form, declare it invalid, and reinstitute the license that was issued prior to the U.S. Supreme Court ruling for same-sex marriage.

Tennessee Gov. Bill Lee’s administration has until Feb. 17 to respond, according to the Family Action Council.