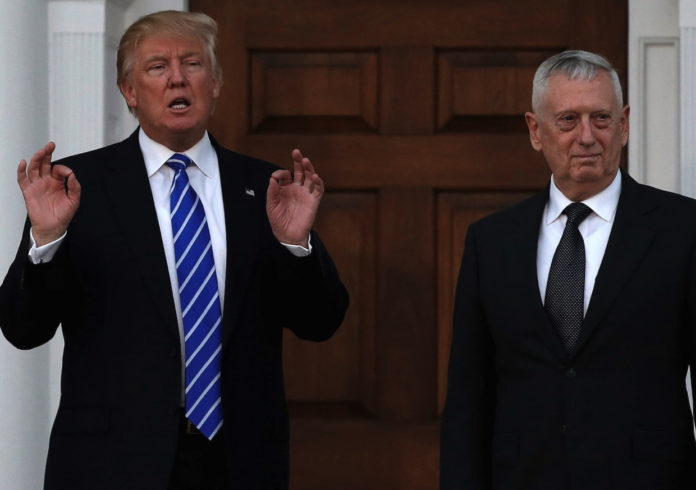 Stating that the repeal of “Don’t Ask, Don’t Tell” has had a harmful impact to the United States Military. Former Gen. James Mattis is reported to be President elect, Donald Trump’s pick for the position of Secretary of Defence.

James Mattis, who has a history of comments critical of allowing women and LGBTI people to serve openly in the military, was fired in 2013 by President Barack Obama for being “too hawkish on Iran.”

Mathis who co-edited Warriors & Citizens: American Views of Our Military writes, “We fear that an uninformed public is permitting political leaders to impose an accretion of social conventions that are diminishing the combat power of our military.”

Despite polls showing that the repeal of the 1994 was widely supported by the majority of the United States population, with 67 percent supporting the right of gays to serve openly, Mattis and Schake claim that 57 percent of soldiers are in favor of keeping the armed forces in the closet.

Mattis, has also raised eyebrows for his thoughts on women in the military, believing that women are unsuited for “intimate killing.”

Further comments on women serving in the military were also made during a speech delivered at the Marines’ Memorial Club in San Francisco, where Mattis claimed that allowing women to serve in the armed forces is “not setting them up for success.”

While believing that female officers are able to perform the routine physical tasks required, Mattis claimed that those who fight for gender inclusion don’t know what they’re talking about, adding “only… someone who never crossed the line of departure into close encounters fighting” would ever advocate for allowing women to serve.

The 66-year-old was just one of a number of candidates being vetted by the president-elect, with reports now confirming him for the role. Trump has since referred to Mattis, whom he sat down with over the Thanksgiving holiday, as a “general’s general” and the “real deal.”