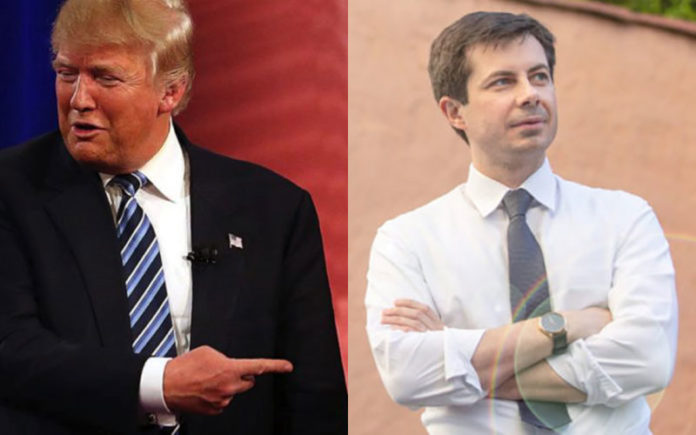 President Donald Trump has intimated in an interview that he would vote for a gay man to be president.

In a podcast with Fox News Journalist Geraldo Rivera, the President was asked whether Americans would vote for a gay man to be president?

“I think so,” Trump said. “I think there would be some that wouldn’t, and I wouldn’t be among that group, to be honest with you.”

“I think that it doesn’t seem to be hurting Pete ‘Boot-edge-edge,’” Trump said of the openly gay presidential contender.

“But there would certainly be a group,” the president repeated, “that probably wouldn’t. But you and I would not be in that group.”

“We would not,” Rivera responded.

This shows Trump is again siding with the majority of Americans who say they would vote for a gay candidate, like Pete Buttigieg.

But there are groups less popular for electoral politics than gay people: Muslims, atheists, socialists, people over 70 and people under 40 (a group that includes Buttigieg, 38).

When Gallup began asking Americans about their willingness to vote for a gay or lesbian presidential candidate in 1978, just 26 per cent said “yes.”

Buttigieg is a long way from winning the Democratic nomination. He is fifth in national polls behind Sanders, Biden, Bloomberg and Warren but with Super Tuesday looming he still has every chance.