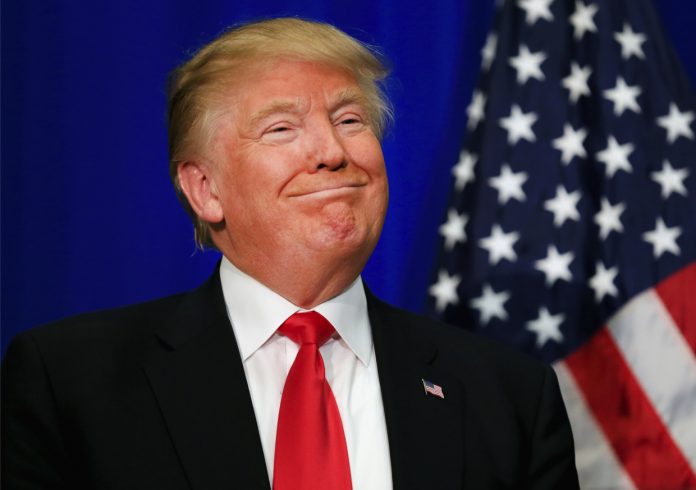 Republican Presidential nominee, Donald Trump has announced further details on how he intends to vet Muslim immigrants coming into the United States, including a ban on Muslims who support homophobia and homophobic legislation.

Trump’s immigration policy which he describes as “extreme vetting” bans any Muslim from entering the United States if they support the death penalty for homosexuals.

The proposed immigration policy which consists of a wide range of outlines and recommendations on Muslim immigration could see a person denied entry or deported from the United States under the rule of Trump.

“A new immigration policy is needed immediately,” Trump explained at an announcement in Ohio.

Trump who claims that immigrants from Muslim-majority countries predominantly in the Middle East are importing support for Islamic law, including “honor killings” for women accused of shaming their families, and the death penalty for homosexuals.

Trump continues by saying that the United States must “screen out any who have hostile attitudes toward our country or its principles or who believe that Sharia law should supplant American law. Those who do not believe in our Constitution, or who support bigotry and hatred, will not be admitted for immigration to our country.”

The proposed “extreme vetting” immigration plan has drawn criticism from many LGBTI and human rights groups, predominantly as the policy only targets Muslim Immigrants, as opposed to a blanket ban on homophobic individuals.

Trump’s policy has also been criticised for hypocrisy with the Presidential candidate on one hand attempting to portray an image of supporting LGBTI rights, while on the other suggesting stronger ties with Russia to fight “radical Islam,” despite the fact that Russia currently prosecutes its own LGBTI citizens under its “Gay Propaganda” legislation.

“Those who are guests in our country who are preaching hate will be asked to leave immediately, and if they don’t do it, we will return them home,” Trump promised.

Claiming that Islam drives terror and “hateful ideology,” Trump appears to have forgotten that some extreme right-wing Christians within the United States support the death penalty for LGBTI people, in fact following the Orlando shooting, certain pastors claimed the Bible calls for death for gays.

Trump is yet to clarify if an immigrant who cited Christianity as their reason to support death for gays would also be returned home.