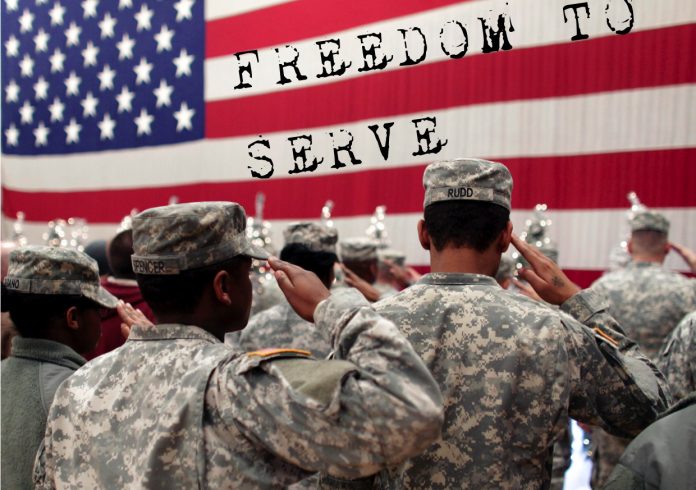 In stark contrast to progress made under the Obama Presidency, the Department of Defence has announced that it will delay the enlistment of new transgender service members in the armed forces for six months.

Confirming the United States Military’s U-turn, Defense Secretary James Mattis said that the delay will allow “more time to evaluate more carefully the impact of such accessions on readiness and lethality.”

Announced in 2016 by Ash Carter, the then-Defence Secretary under President Obama, the enlistment of new trans troops was originally planned to begin in July allowing individuals already serving to do so openly without fear of discharge.

The Department of Defence’s announcement follows calls from congressional Republicans to re-enstate the ban making transphobic arguments, that many service members would be uncomfortable bunking or showering with a trans person.

Unsurprisingly, advocates for transgender equality have since denounced the decision. “This six-month delay is disappointing because it unnecessarily delays the ability of transgender people to be open about their identity when entering the military,” said Ashley Broadway-Mack, president of the American Military Partner Association.

“It has been unequivocally proven that allowing qualified transgender people to serve openly strengthens our military and creates a more inclusive and diverse force. The issue has been thoroughly studied and moving forward with this new recruitment policy is imperative in order for the military to be able to recruit the best talent our nation has to offer.”