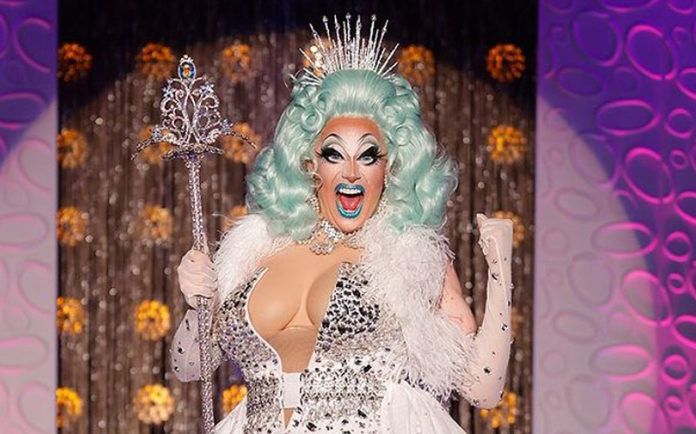 Anyone who watched the final of RuPaul’s Drag Race Down Under this weekend and saw the announcement of Kiwi Queen Kita Mean winning the inaugural title would’ve thought the celebration was authentic and heartfelt, but as with most recorded reality shows these days, four scenarios were filmed for the winner’s announcement so it wasn’t until the show actually aired that Kita knew she had won.

As well as the title, she won a one-year supply of Revolution Beauty Cosmetics and a cash prize of $30,000.

Speaking about the win on Instagram, Kita Mean said:

“WOW! My heart is overwhelmed from all of your love. I am so grateful. Being a part of Rupaul’s Drag Race Downunder is one of the coolest things I’ve ever done in my life and I’m so grateful that I got to do it with each and every one of my sisters.

“There are so many people to thank and I will be working my way through that over the next few weeks. I am so happy. I am grateful. Thank you! LETS DO THIS!”

But the actual exciting moment she won was caught on social media and we have two angels of that moment.

Kita was watching the show with a house full of family and friends when Warner Bros producer Amanda Pain and Auckland drag legend Tess Tickle both filmed the announcement and shared them on social media. The result is priceless….

The local version of the most awarded reality competition show in history was hosted by RuPaul, with co-judge and Drag Race veteran Michelle Visage by his side. Australian comedian Rhys Nicholson was the third continuous member of the judging panel.

Speaking about his time on the show, Rhys Nicholson, said: “I just can’t tell you how thrilled I am to have been invited into the illustrious house of Drag Race. I genuinely still can’t bloody believe it. The first words RuPaul ever said to me were ‘Welcome to the family’ and that’s exactly what it feels like. A family. Ru and Michelle are my new mummies. I hope the editors took out the bits where I’m just staring at them wide eyed trying to comprehend sitting next to them.”

The Stan and TVNZ Original Series saw queens serving high fashion realness, mini and max challenges, shady and heartfelt moments in the workroom, and of course, the all-important lip-sync for your life battles.